Unmake (Covid-19) in India: The fight throughout 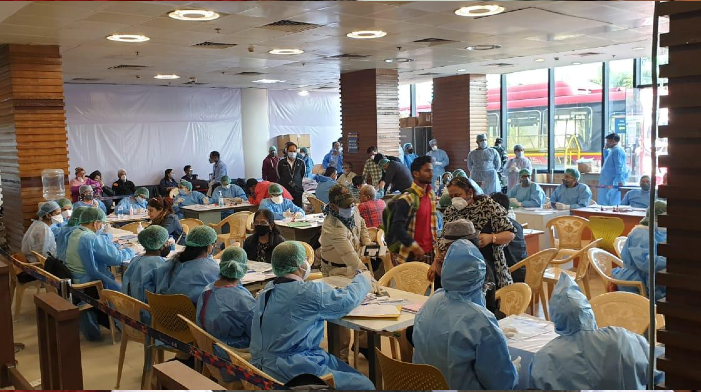 The ‘heavy-handed’ pre-emptive approach was right there from the start, when India became among the first few to officially curtail travel to and from China

India’s fight against the Covid-19 outbreak has been unique. Clampdowns here have actually come much earlier than in most other countries, including China, which was uncharacteristically late with its tough measures, thus, failing to contain the eventual spread of the virus. But the real test for India on ‘community transmission’ has just begun.

And, once again, GoI has responded by frontloading the tough measures. The extraordinary decisions of the last few days — from the national ‘janata curfew’ on Sunday to initiating lockdowns in several states — stand out largely because no other big country affected by the virus took such drastic steps in anticipation of ‘Stage 3’.

The ‘heavy-handed’ pre-emptive approach was right there from the start, when India became among the first few to officially curtail travel to and from China. An upset Beijing officially protested through diplomatic channels, even pressuring New Delhi to reverse its decision. India later faced similar pressure from Seoul when it placed travel restrictions on South Korea.

India went ahead, despite the fact that Beijing was able to use its clout to bring considerable pressure on global institutions to not paint China as the villain. There’s a strong view in New Delhi that the World Health Organisation (WHO) was rather delayed in declaring Covid-19 a ‘pandemic’. Which is why individual States like India went ahead with their own measures. But as former US Secretary of Defence Donald Rumsfeld had once framed it, these were still the ‘known knowns’ from an Indian standpoint.

At this stage, India evidentially knew the source of the problem, and took the call to contain it through a clampdown on travel. One can argue that unlike the China case, India may have been blindsided by the extent of the problem in Italy, and in Europe as a whole. But when you look at the advisories, the clampdown on travel came by early March. The problem, perhaps, was those who slipped through quarantine and later turned Covid-positive. This, to use Rumsfeldian frame again, triggered the next phase of the ‘known unknowns’.

Here, GoI was aware that there were many potential Covid-positive individuals who had entered the country, but had no way to locate or track them.