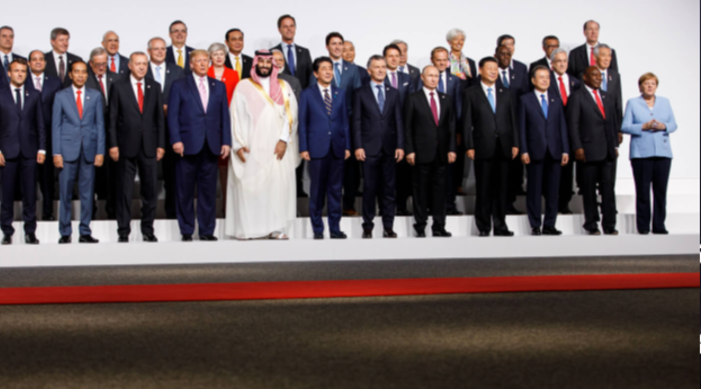 Prime Minister Narendra Modi wants the G-20 conference tomorrow to turn the battle against the deadly Sars-CoV-2 pathogen into a global fight where participant countries pool in their medical knowledge and resources to block the spread of contagion, people familiar with the developments said.

Rather than be confined to the 15-member UN Security Council currently headed by China, the G-20 is a representative body of 46 countries (if the European Union is divided into individual entities) with a large number of them battered by the rampaging infection. The expected G-20 call will be for member nations to ramp up their medical infrastructure capacities to handle the worst-case scenario and pool scientific effort towards prevention and treatment of the virus.

Although PM Modi announced the historic 21-day nationwide lockdown on Tuesday evening, he had taken the first decisive step towards it by stopping long-distance trains on the north-south corridor on March 18.

The decision was clearly designed to contain the virus that causes Covid-19 to big metros such as Mumbai and Pune, where the medical infrastructure was better. The effort was to minimise the possibility of immigrants from states such as Bihar and Uttar Pradesh spreading the disease to their remote villages that have virtually non-existent medical facilities.

The Janta curfew on March 22 was a test run to calibrate the Indian response to combat the virus and plan for the degree of enforcement required for the worst-case scenario. At the same time, PM Modi was keeping a very close watch on the ramping of medical capacities such as manufacture of ventilators, masks, hazmat suits and preparation of isolation wards.

PM Modi had thrown the “wait and watch” option out of the window early in the day as it would be impossible to contain the disease if it moved into the community transmission stage. The assessment was that the lockdown was the best option, particularly given how the virus had multiplied in geometric progression in countries such as Italy, France, Spain and the US.

The prime minister fronted the bitter pill of lockdown given his huge following in the country.

With hardly any vaccine for Covid-19 on the horizon in the next two to four months, India hopes to contain the virus spread till April 15. The dry April heat in the Indian sub-continent would help slow down the virus. But it could continue to be spread by droplets. It is still early to figure how the weather plays out, particularly since the western disturbances are highly active with intermittent rains and have lowered the temperature of Gangetic plains.

India’s approach on Covid-19 has contrasted sharply with the one adopted by the US’ Donald Trump that has been needling China over its origin in Wuhan. Instead, India has kept all its lines open to talk to all countries to ensure that medical help is available in case the worst-case scenario plays out. The fact is that China, where the virus first surfaced in November 2019, has utilised the past three months to really ramp up its medical capacities and adopted unconventional methods to contain the spread of Covid-19. In fact, both the countries have decided to beef up bilateral efforts to contain the disease.

Even though the virus has led to a forced shutdown of the world economy’s most prominent economies, the first priority has been to save lives with the economy taking the second place. This is the only option.