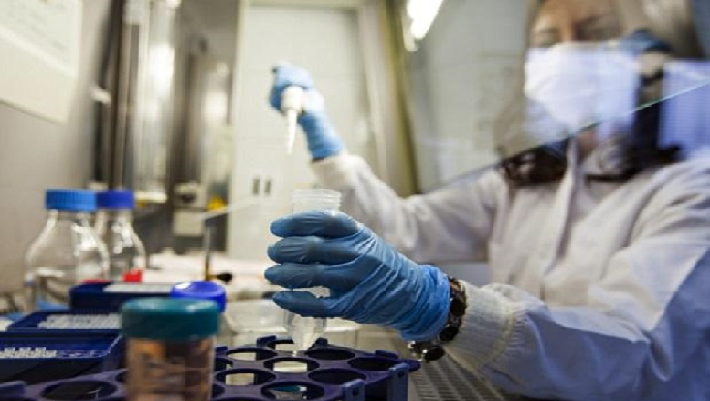 A decision on when to test, who to test, and how much to test, is a technical one that is taken by health experts

With India going into complete lockdown for 21 days to contain the spread of Covid-19, there has been a lot of discussion on whether the country has been taking enough steps to identify and isolate those infected in order to prevent an exponential increase like that seen in several other countries.

The discussion has tended to focus more on the scope and expanse of the tests being conducted to prevent the community spread of the disease. It is, therefore, pertinent to look at what India’s strategy has been like.

At the outset, it should be understood that a decision on when to test, who to test, and how much to test, is a technical one that is taken by a health organisation with expertise in fields like epidemics, disease control, and medicine. In the case of India, it is the Indian Council of Medical Research (ICMR), the apex body for the formulation, coordination and promotion of biomedical research in the country.

What the numbers indicate : 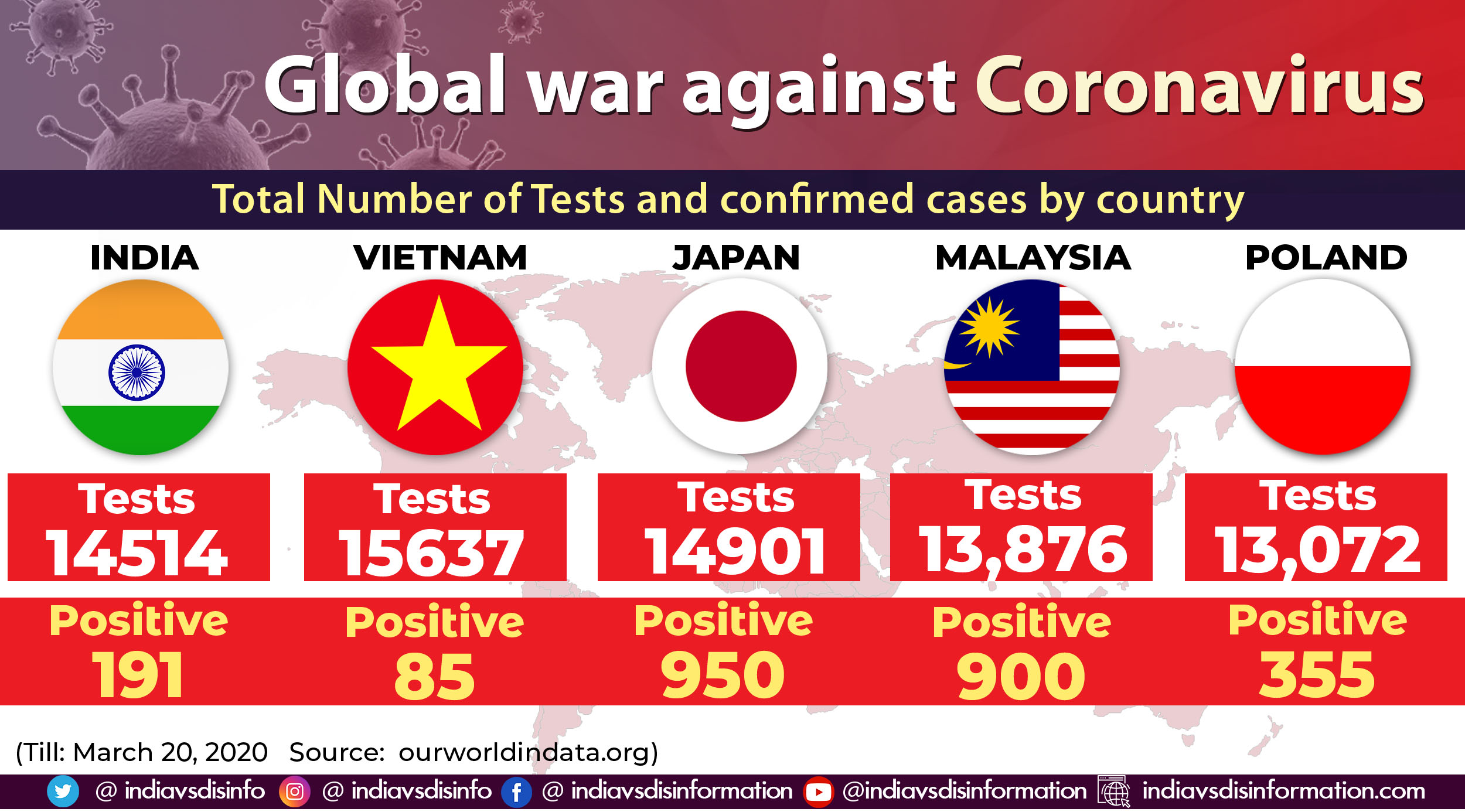 In an attempt to figure out whether India has been on track in the fight against Covid-19, we looked at data on testing for some countries around the world. As on March 20, India had conducted nearly as many tests as Japan, which has been praised by many for its efforts to contain the epidemic.

The number of tests conducted, according to figures from ourworldindata.org, stood at 14,514 for India and 14,901 for Japan. Till March 20, Vietnam had conducted 15,637 tests, Malaysia 13,876, and Poland 13,072. The focus here is on this group of countries since they had conducted a similar number of tests till the same cut-off date and this can be used for a good comparison.

Now let’s look at some more data from ourworldindata.org, a collaborative effort between researchers at the University of Oxford and the non-profit organisation Global Change Data Lab.

What these numbers clearly indicate is this: the number of confirmed coronavirus cases in India, as on March 20, had not reached alarming levels.

While this is no reason for complacency, it does help provide a better understanding of the impact Covid-19 was having on India just a few days before the country went into complete shutdown for 21 days.

The number of tests conducted across India has since gone up. A total of 27,688 samples from 26,798 individuals had been tested till 9 am on March 27, a status update from the ICMR said. Of these, 691 individuals had been confirmed positive among suspected cases and contacts of known positive cases.

The Covid-19 testing strategy put in place by the ICMR includes:

The strategy for testing was reviewed and updated on March 9, March 16, and March 20.

The revised strategy after the March 20 review now includes two more categories for testing:
All hospitalised patients with Severe Acute Respiratory Illness (fever plus cough and/or shortness of breath).
Asymptomatic direct and high-risk contacts of a confirmed case should be tested once between day 5 and day 14 of coming in his/her contact. (According to ICMR, direct and high-risk contacts include those who live in the same household with a confirmed case and healthcare workers who examined a confirmed case without adequate protection as per WHO recommendations)

In addition to this, sentinel surveillance has been on since February 15 to detect community transmission of Covid-19. The number of surveillance sites, chosen at random, went up from 16 on February 29 to 51 by March 15.

On March 19, ICMR said that 826 samples of people suffering from Severe Acute Respiratory Illness and influenza-like illnesses had been tested at these sites. None of the samples were found positive for Covid-19, indicating that there was no community spread of the disease till then.

The surveillance has now been expanded to include more areas, particularly those which have reported Covid-19 cases.

Strengthening the testing and healthcare network
The number of labs conducting Covid-19 tests in India has been gradually increasing. On March 22, the number of government testing facilities stood at 111. Sixty private testing labs have also been authorised to conduct Covid-19 tests by the ICMR. Nearly 1,00,000 more testing kits are being procured from government and private firms.

All states have been asked to identify empty or under-utilised hospitals to set up quarantine and isolation facilities. The 800-bed National Cancer Institute in Jhajjar (Haryana), run by the All India Institute of Medical Sciences, was one of the first medical facilities to be designated as a Covid-19 hospital.

The Odisha government announced that two hospitals with a total capacity of 1,000 beds were being set up to handle Covid-29 exclusively. The two facilities will be ready in a fortnight, the state government said on March 26.

The private sector is also chipping in. Reliance Industries Limited (RIL), for instance, has set up India’s first dedicated coronavirus hospital with a 100-bed facility in Mumbai.

The Indian Railways is exploring ways to equip the trains, parked at yards across the country after train services were stopped, as Covid-19 care facilities.