Covid-19: Will the world overcome the ravages of coronavirus? 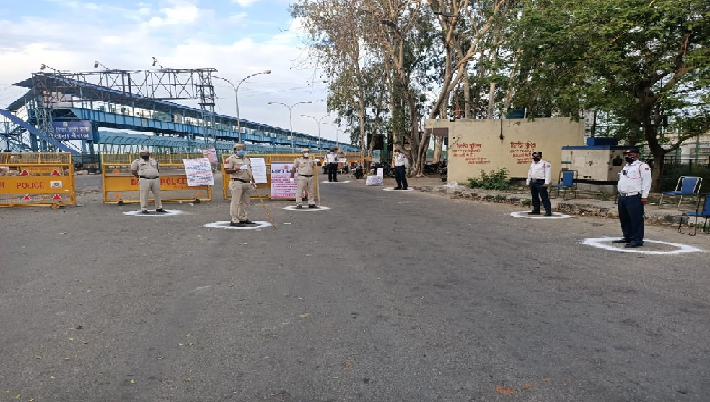 The United Nations (UN) has expressed solidarity with India in its fight against coronavirus, while the World Health Organization (WHO) has termed Prime Minister Narendra Modi’s 21-day nationwide lockdown to contain the deadly virus as “comprehensive and robust”. This indicates their unbiased and objective assessment of steps taken by the country’s political establishment to protect people from the virus that has taken the world in its devastating grip.

India’s response to the coronavirus challenge
Preventive steps taken by India include:
Lockdown of 75 affected districts
Closure of schools, colleges, universities, malls and theatres across the country
Suspension of rail, inter-state bus and metro services
Suspension of all domestic and international flights
Closure of all immigration land check posts and international integrated check posts (ICPs)

Besides these measures, the Indian government has taken economic initiatives to rescue millions of people from the upheaval that they stare at because of disruptions caused by the virus in almost all the sectors of the country’s economy.

A package worth over $22 billion has been announced to cater to the day-to-day life of 800 million poor and vulnerable sections of the society. Free cereals, cooking gas and cash will be given to the poor and the needy people for three months. Close on the heels of this announcement, the Reserve Bank of India, the country’s central bank, announced a slew of financial measures including a three-month moratorium on all loan outstandings for three months. This apart, repo rate and reverse repo rate have been cut by 74bps and 90 bps respectively.

More than 500,000 people have tested positive, while over 25,230 died due to infection in the world. In India, as per the Ministry of Health and Family Welfare, the total number of active Covid-19 cases by morning on March 28 was 873, including 19 deaths, 78 cured or discharged cases, and one migrated case.

The figure, so far, is much lower than many other countries, including the United States (US), United Kingdom (UK), Italy, Spain, and France. This seems to have something to do with how these countries have reacted to contain the spread of the pandemic.

US President against countrywide lockdown
American Centres for Disease Control and Prevention (CDC) had announced the first case of coronavirus in the US on January 21 - six days after the infected person had returned from China. Since then, the country has reported over 1400 deaths, while nearly 94,425 people have tested positive. New York City, which has emerged as the epicenter of the virus, has alone accounted for 280 deaths, with over 20,000 people testing positive. Yet the Donald Trump administration has not imposed a nationwide lockdown.

Rather, the US President expressed his outrage at having to close the country to impede the spread of the virus. “He would love to have the country opened up, and just raring to go, by Easter,” US President Trump said while participating in a town hall hosted by Fox News on March 24.

This is exactly what India didn’t want to do in the face of a crisis; it gave preference to the safety of its citizens over the economy. Also, the Indian government was against any kind of patchwork as witnessed in the US where only states like California, Illinois, Maryland and Washington have declared stay-at-home or shutdown while other American states are looking for a directive from the Trump administration to impose lockdown.

UK promptly imposes lockdown
On the other hand, like India, the United Kingdom too didn’t take things for granted after the virus started taking a heavy toll on the country’s citizens’ health. On March 23, Prime Minister Boris Johnson slapped a lockdown across the country, limiting people’s movement outside their homes merely for grocery shopping, medical needs and travelling to work if working from home is not allowed. “From this evening I must give the British people a very simple instruction—you must stay at home,” Boris Johnson said in his televised address to the nation on March 23.

More than 9,529 people, including 71-year-old Prince Charles and Prime Minister Boris Johnson have tested positive, while 463 have lost their lives after getting infected by the deadly and contagious virus.

According to the British daily, The Telegraph, Covid-19 first reached the UK shores in late January and the first death was recorded on March 5. In the next 17 days, the number of deaths jumped to 282, with 5,748 people getting infected by the virus.

Italy witnesses increase in death toll despite lockdown
Similarly the clock started ticking towards the worse in Italy when coronavirus cases spiked from two on January 30 to 9,172 by March 9, the day when lockdown was extended nationwide in this European country. Besides prohibiting all gatherings and assemblies, the Italian government suspended arrival and departure of all flights, while train and vehicular movements were also brought to a halt to slow the spread of the virus in the country.

Despite such measures, the country could not be stopped from becoming the coronavirus hotspot. While the death toll has risen to total 7,503, the number of infections has gone up to 74,386 in Italy, thereby making it a major coronavirus-hit country in Europe after Spain.

Spain uses lockdown to check virus spread
In lockdown since March 14, Madrid is using this restrictive measure to tame the rise of coronavirus cases. Though the death toll has gone up to over 4,000 and the number of confirmed cases have crossed 57,000 mark, still the Spanish government is hopeful that its lockdown measure has been effective in slowing down the death rate for the first time in a week. The country recorded 655 deaths from the virus over the past 24 hours a day before it recorded one of the world’s highest single day death tolls due to the virus to 738.

Spanish Foreign Minister Arancha Gonzalez was quoted by The Guardian as saying that some things could have been done differently but the nationwide “state of alarm” and lockdown imposed on March 14 was beginning to show results. As commonly noticed across the world, Spain too reported the first confirmed case of coronavirus on January 31 when a German tourist tested positive for SARS-CoV-2 in La Gomera.

France resorts to lockdown to fight coronavirus
However, France finds itself in the deep of the fatal epidemic sea with over 1,700 deaths and the number of confirmed cases going up to 29,155 in the entire country. The French government imposed a lockdown on March 17, prohibiting public gatherings and asking people to stay home and avoid coming out except for grocery shopping and other essential tasks. But it had to call on the army to shore up efforts to contain the spread of the deadly virus, which French authorities fear, could take time to be completely wiped out from the world. In France, the first coronavirus case was reported on January 24, when a 48-year-old French citizen arrived from China. Two more cases were confirmed Covid-19 cases were reported by the end of the day and they too had returned recently from China.

China held responsible for coronavirus spread
But then it is China, the East Asian country and second-biggest economic power of the world, which is blamed for bringing life to a halt in every part of the globe. It has so far reported 3,292 deaths and 81,340 people suffering from infection.
In an article published by ‘National Review,’ the reputed American magazine says: “Chinese authorities denied that the virus could be transferred from human to human until it was too late.” The first case of coronavirus was reported from China’s Wuhan city in December last year. As per the US magazine, on December 30 last year, Dr Li Wenliang, a Chinese physician sent a message to a group of doctors “warning them about a possible outbreak of an illness that resembled severe acute respiratory syndrome (SARS), urging them to take protective measures against infection.”

Instead of taking any precautionary measure against infection, the US magazine says that one January 1, the Wuhan Public Security Bureau issued summons to Dr Li Wenliang, accusing him of spreading rumors. Two days later, at a police station, Dr Li signed a statement acknowledging his “misdemeanor” and promising not to commit further “unlawful act.” According to National Review, the fate of seven other people arrested on similar charges is unknown. The Chinese government imposed a lockdown in Wuhan and other cities of Hubei and other provinces on January 23, a day after the virus spread to major cities in provinces, with 571 confirmed cases and 17 deaths.

Conclusion
Several countries have suffered due to Ebola, Nipah, SARS, H1N1 virus in the 21st century, but they were not as deadly as coronavirus. Lack of vaccine to control its spread has made it an issue of global concern with the majority of countries looking at community distancing, lockdown as an option to deal with Covid-19. But the big question is: Will the world be able to cope with the humanitarian and economic crisis that the virus has wrought upon the earth?