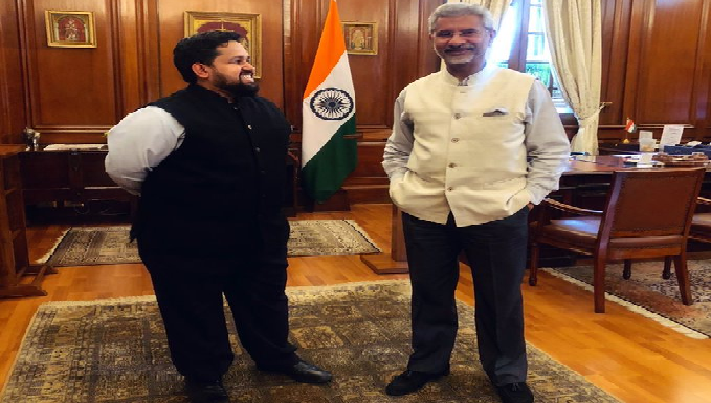 Deepak Padmakumar, second secretary in the Indian embassy in Beijing, was one of the people on the ground from the start

Diplomats around the world remain in place, far from family and friends. There to help their nationals in trouble. There to ensure supply lines, connect countries. They are in dangerous places. If they get sick, they will not be home. They remain for their country." This Twitter post last week by former Canadian ambassador Barbara Richardson could sum up the life and work of Indian diplomats in the past few months, since the coronavirus outbreak.

Come next week, it will be two months since India started evacuating people from coronavirus hotspots across the world. Till date, India has brought back more than 2,000 people from China, the epicentre of the Covid-19 pandemic, besides Iran and Italy, on flights operated by Air India and the Indian Air Force. Other groups were brought back from Dubai, Muscat, Kuala Lumpur and Amsterdam on flights operated by these countries—arranged by the respective Indian missions. In Iran, a wellness centre has been set up to look after some Indians who have tested positive.

In almost all such instances, it has been India’s young diplomats who have been leading the battle against the virus, backed by their ambassadors in respective capitals, besides the foreign ministry.

One of those recognized for their role in extricating Indian nationals is Deepak Padmakumar, 33, second secretary in the Indian embassy in Beijing.

“Nice to meet Second Secretary Deepak Padmakumar before he returns to @EOIBeijing after quarantine. He had volunteered to assist and accompany the evacuees from #Wuhan. Thank @deepaddy for keeping #IFS traditions alive," said a Twitter post by foreign minister S. Jaishankar earlier this month.

“Easygoing" and “ever smiling" is how one colleague described the 2014 batch officer.

Hailing from a Bengaluru-based doctors’ family—his mother is a doctor and professor of medicine, and father a cardiologist—Padmakumar studied mechanical engineering, before attempting the civil services exam.

“He got a good rank in the UPSC... 33rd nationally, if I remember right... and opted for the foreign service," said Congress MP Shashi Tharoor, a relative of Padmakumar. “I met him in Delhi during his training.

When he asked my advice as to what language to opt for—with his rank he would get the first choice—I told him to pick something he might enjoy speaking all his life, like French, or something far too few Indian diplomats spoke, like Spanish or Arabic, rather than the ‘expected’ choice of a high-achieving diplomat."