No evidence of Covid-19 community transmission in India yet 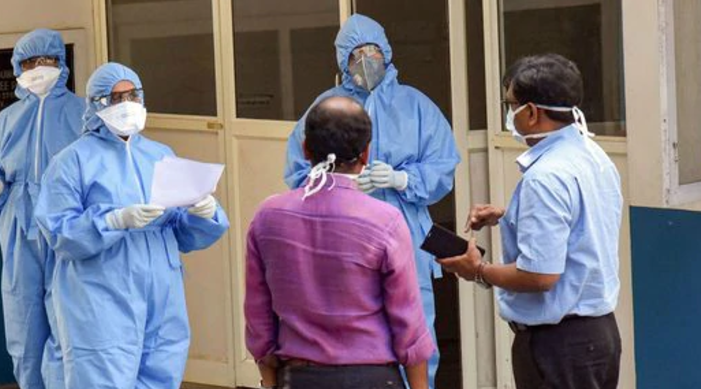 India has entered the community transmission stage of Covid-19, reports some online news platforms over the past few days. These reports are based on statements claimed to have been made by top epidemiologists and doctors. We decided to take a closer look to ascertain the facts.

CLAIM
The Wire, on March 30, published an article that originally appeared in Down To Earth magazine, with the headline ‘Coronavirus: Government Drops First Hint of Community Transmission in India’.

According to the report, “Some patients suffering from severe acute respiratory illness (SARI) without any history of international travel or contact with anybody infected by the novel coronavirus (SARS-CoV-2) have tested positive for the virus, the government said on March 28, 2020. The comments by Raman Gangakhedkar, head of the Indian Council of Medical Research (ICMR)’s epidemiology division, at a press conference in New Delhi were the first official indication that the novel coronavirus disease, COVID-19, may have infected patients outside the limited criterion of overseas travel history.

FACT
The Indian Council of Medical Research (ICMR), the apex body for biomedical research in India, has repeatedly said that there is no evidence yet that India is seeing the community spread of Covid-19.

Asked what conclusion could be drawn from this, Dr Gangakhedkar explained, “The conclusion is that the numbers are too small for us to paint any state or district with the same brush. You need to have adequate evidence”.

CLAIM
On March 26, The Quint’s Twitter handle had posted: ‘India is now at Stage 3 - community transmission’ but the government was not making it official.
The report being referred to in the tweet was based on an interview with Dr Girdhar Gyani, the convenor of a task force on COVID-19 hospitals.

“Yes, we are calling it Stage 3. Officially we may not call it – but it is the beginning of Stage 3,” The Quint quoted Dr Gyani as saying.

FACT
Dr Gyani is the Director General (DG) of the Association of Healthcare Providers India (AHPI) which on March 27 denied the claim made by The Quint.

“Luckily till today the increase in the number of cases is pure arithmetic while in community spread it goes geometrically or exponentially,” a statement issued by AHPI said.

“Misleading article from The Quint on COVID-19 referring to Dr Girdhar Gyani,DG.AHPI -Interview Dated 27.3.2020”, it said in a post on Twitter.

Here is the detailed response from AHPI, rejecting the claim made by The Quint.

“There is The Quint news on social media referring to our DG, Dr Girdhar Gyani’s interview. The day this was recorded, there were a couple of cases that were not known to have links with foreign or direct contact with foreign travellers. If such cases come in large numbers then we take it as the beginning of community spread. He said though in that sense we are not at stage 3 but it would be better that we do all our preparations as if we are in stage 3. Because the headline tells only that we are in stage 3, it has sent confusing and panicky signals. Luckily till today the increase in the number of cases is pure arithmetic while in community spread it goes geometrically or exponentially. Lockdown is helping us in arresting any possible spread and the government is on full preparedness to meet any level of crisis and the private sector too is fully supportive,” the statement posted on Twitter said.

Similar assertions about community spread made by Dr Ramanan Laxminarayan of the Centre for Disease Dynamics, Economics and Policy (CDDEP) in a series of recent TV interviews, have already been debunked.