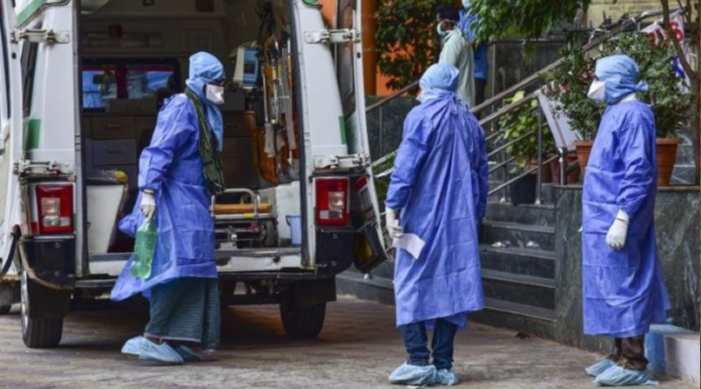 By running a fake story claiming to be one backed by US-based John Hopkins University, NDTV has put a question mark on its credibility

The news business is a tricky business. If you are not true to the facts you may run into the wall and ultimately you will lose your credibility. Such is the case of NDTV which has recently published news reports based on some unauthenticated study and ultimately has to delete it as the premier research institutes denied any collaboration.
Here is the link of the deleted article with clarification from NDTV
https://www.newsbharati.com/Encyc/2020/3/29/Lies-Damned-Lies-and-NDTV.html?fbclid=IwAR2FFQdJvG2z88q1Qpjqt0OeWasw0tmNTU3BG3Jhq6rjUC0abGuFzp7khkA

Based on this update, we have deleted the IANS story on this report. https://t.co/3MKAQ9cSlh

What does the report claim?
This report which NDTV has quoted was published by CDDEP (The Center for Disease Dynamics, Economics & Policy). In its COVID-19 study report, CDDEP claims that India will have 300 to 400 Million (i.e. 30 to 40 Crore) Corona positive cases. This report also uses logos of Johns Hopkins University and Princeton University. Ramanan Laxminarayan who has been recently seen on News channel calming million plus deaths of Covid-19 is the director of CDDEP.

What is the truth? Who is “Ramanan Laxminarayan”?

Let's break it one by one. First of all, who is “Ramanan Laxminarayan”? Is he a scientist or epidemiologist? What authority does he or his team have? It turns out that Ramanan is an economist (Ph.D. in economics not a Doctor of Medicine) and BE in Instrumentation from BITS Pilani. He worked with the Public Health Foundation of India (PHFI) and launched two companies without mandatory permission from PHFI. In 2016 PHFI terminated his contract and didn't renew it. While working with PHFI Ramanan stole intellectual property for which PHFI sued him and won the case. Nonetheless, the court made him pay all legal expenses to PHFI as well.


Several media outlets including @IndiaToday , @BBCWorld are telecasting interview of "Epidemiologist" Dr Ramanan Lakshminarayan, who predicted that India will have 200 Million Coronavirus cases. So who is Dr Lakshminarayan?

Unauthorized use of logos of John Hopkins University and Princeton University:

Taking illegal paths seems to be a common practice of Ramanan Laxminarayan. To make his Covid-19 report more authentic he used logos of John Hopkins University (JHU) and Princeton University (PU). But in an era of social media facts, can't be hidden for so long. A twitter user “Neelakshi Mann” had doubts and she asked JHU and PU to clarify their association with this report. Here is what they replied


@JohnsHopkins is this study by your students. It is circulating widely across India, suggesting a very grim picture pic.twitter.com/BuWFjrhLFP


@JohnsHopkins is this study by your students. It is circulating widely across India, suggesting a very grim picture pic.twitter.com/BuWFjrhLFP


JHU denied any association with this report and PU said that this is a research done by their students and under validation. Both universities mentioned that they didn't collaborate with the research as a university; hence they do not endorse the report.

What is the “IndiaSIM” model which Ramanan is discussing in all interviews? IndiaSim is a recently developed i.e. around the 2016 ABM model. It is developed by Dr. Itamar Megiddo who is a lecturer at the Department of Management Science at the University of Strathclyde of Scotland. His Ph.D. guide is Ramanan Laxminaarayan. It is a clear case of academics promoting their study in disguise. Moreover, the CCDEP website claims that they used data from China and Italy in this model and came to a conclusion. We should understand here no such data based on thorough research is available yet.

Generally, statistical models take a long time to mature and gain authenticity. It seems that Ramanan Laxminarayan is interested in promoting his model. Since he knows that it is not yet sufficiently credible, he used the name of John Hopkins University.

NDTV’s fake news based on the fake report

Now the question is, how could NDTV with such resources fail to verify whether the report was fake or real? Or is it the agenda of NDTV which leads to malign itself by publishing fake news for the sake of hate? Having an anti-establishment view is one thing and hating a particular government because they didn't belong or follow your agenda/ideology is another thing.

What is the “modus operandi” of NDTV here? It's not the first time NDTV went on to length to publish fake or misleading news so that it could create turmoil for the government. It seems that NDTV has forgotten the ethics of journalism. By publishing a piece of fake news based on a fake report could have created a nationwide panic. We hope NDTV understands that it is time to help our fellow citizens not make them afraid.