India to extend benefits for exporters hit by virus 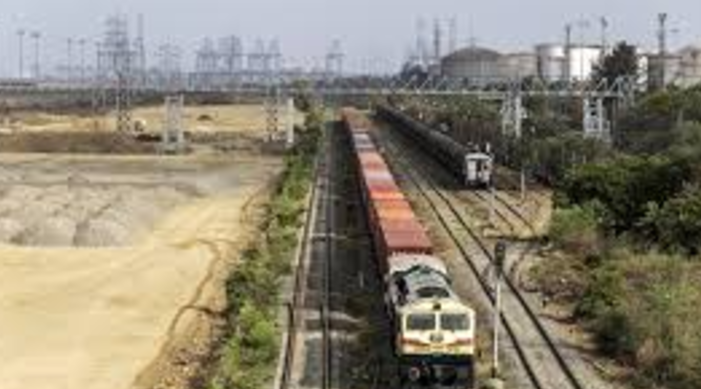 India plans to extend incentives for exporters that are ending Tuesday to help companies hit hard by a demand slowdown globally due to the coronavirus outbreak, people with the knowledge of the matter said

The trade ministry will continue offering the benefits worth $3.2 billion for the next six months, the people said, asking not to be identified as the discussions are private. The plan offers incentives depending on the value of goods shipped overseas, which can be then used for offsetting duties or sold to other exporters. A spokesman at the commerce ministry wasn’t immediately available for a comment.

Prime Minister Narendra Modi’s administration is attempting to insulate Asia’s third-largest economy from a contraction as the pandemic threatens to wipe out global growth. Apart from export incentives, the government has announced a 1.7 trillion rupee spending plan to ease impact of the disease on the poor, liberalized regulatory rules such as extending deadlines for filing tax returns and allowed companies to divert their philanthropy spending to support the virus fight.

Separately, the Reserve Bank of India and the government are in talks to extend an interest subsidy program where small and medium exporters will get a relief of 5%, the people said.

The policy offers benefits to offset costs related to goods produced in India. These benefits help in making Indian exports more competitive in global markets and range between 2%-5% of the value of exports for goods. For services, incentive varies between 3%-5% of the value of exports. The government gave incentives worth over 480 billion rupees in 2019-20, according to budget documents.

The shops can deploy a maximum of 50% of their staff, all wearing masks and following social distancing rules, according to the order issued Friday night by the home ministry. The order includes standalone stores in housing complexes in municipal areas, while shops in market places within municipal areas and all malls will remain closed until May 3.

India allowed some economic activity to resume on Monday to limit damage to Asia’s third-largest economy after efforts to contain the coronavirus pandemic brought work to a halt. Barring exemptions for some businesses, almost all residents are required to stay at home for 40 days through May 3. Friday’s order will enable states to open up their economy further.

“It is clear that government wants to restart the economy but it is of no use to start production without opening up consumption channels,” said Kumar Rajagopalan, chief executive officer of Retailers’ Association of India. The easing shows “the government has right intentions to revive the economy.”

In a statement Saturday, the home ministry said e-commerce companies will continue to be permitted for essential goods only, and sale of liquor continues to be prohibited.

India’s economy is set for a near-complete disruption of economic activity for at least 40 days after Prime Minister Narendra Modi doubled the duration of the initial 21-day lockdown but allowed farmers and some industries outside virus hotspots to resume operations from April 20.

Nomura Holdings Inc. estimates as much as 60% of the economy can now be opened, but not before shrinking output by 0.4% for the year started April 1 compared with growth of 4.6% the previous year.

The nation has so far reported more than 24,000 infections and 780 deaths, according to data from Johns Hopkins University.