‘No exceptions to lockdown’: MHA order after Kerala’s ‘liquor on doc advice’ rule 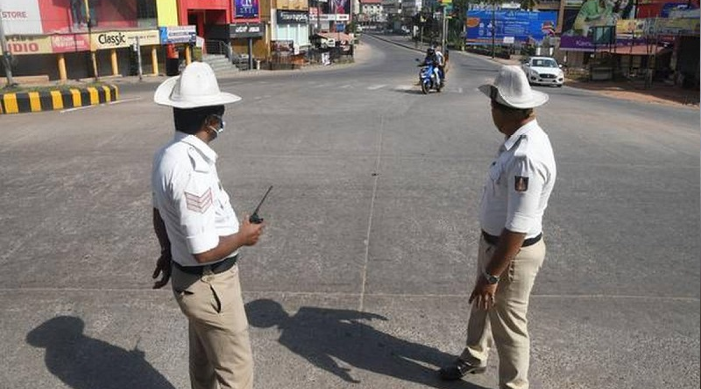 Union Home Secretary Ajay Kumar Bhalla on Wednesday ordered all state governments to stop making exemptions to the nationwide Covid-19 lockdown ordered by him under the Disaster Management Law. Bhalla told them that they had to stick to the script outlined by the Centre and enforce the lockdown in “letter and spirit”.

Bhalla had invoked his powers under the disaster management law to order the nationwide lockdown on March 24, shortly after Prime Minister Narendra Modi broke the news to the country in a televised address to the nation.

Since then Bhalla has tweaked the ground rules on a few occasions.

But there have been instances of some state governments relaxing the lockdown to make exemptions.

Like the Kerala government which has allowed people to pick up their supply of liquor if they could get a doctor to prescribe it to them. The unusual order was issued by the Pinarayi Vijayan’s government after eight deaths linked to non-availability of liquor were reported.

In Punjab, on the other hand, the government asked industrial units and brick kilns to resume operations to stop migrant workers from heading home if they can accommodate the workforce within the complex.

In his letter to states, home secretary Bhalla did not cite any specific instance but sent his message across.

“It has been noticed that some state governments/UT administrations are allowing exceptions beyond what has been allowed under lockdown measures by the Ministry of Home Affairs,” Bhalla’s letter to the states said.

“This amounts to violation of the lockdown measures issued by MHA under the Disaster Management Act 2005 and may defeat the overall objective of containing the spread of Covid-19 in the country,” it said.