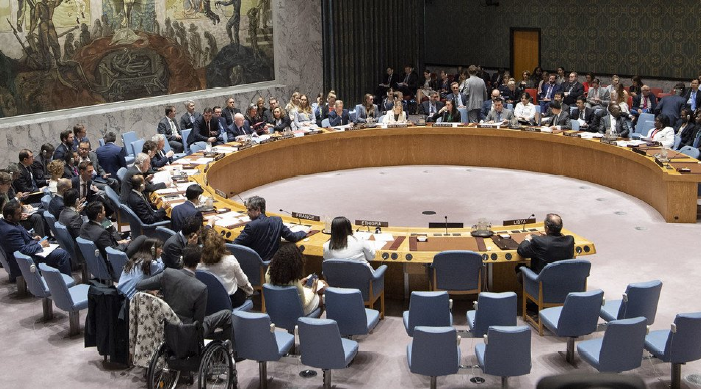 The significance of China’s action, or inaction, while holding the UNSC presidency has not been lost on India

As president of the UN Security Council in March, and in a sharp departure from its position earlier, China ignored a plea by Pakistan for "urgent and appropriate" consideration of what the latter described as grave developments in Jammu and Kashmir (J&K). The significance of China’s action, or inaction, while holding the UNSC presidency has not been lost on India as the two countries look to jointly combat Covid-19 and, as foreign minister S Jaishankar said last week, further build upon bilateral efforts in that domain.

The government had announced Tuesday that Air India had established a cargo air-bridge between India and China, which has worked overtime to convince the world that it’s not responsible for Covid-19 origin, for transporting critical medical equipment and supplies between the two countries.

While Pakistan’s announcement didn’t specify what action Islamabad had sought, a letter dated March 10, which was accessed by TOI, from Pakistan’s permanent representative Munir Akram to Zhang reveals that Pakistan requested "urgent and appropriate consideration" by the Security Council under "India-Pakistan Question" of developments in J&K which "pose a threat to international peace and security". Qureshi’s letter was enclosed with the one sent by Akram to Zhang.

Beijing had been openly advocating until January this year Pakistan’s case on India’s decision to revoke the special status of J&K, even forcing the Security Council into having an informal meeting last year on the issue. China forced UNSC into having another closed-door meeting on Kashmir this year in January but this one too concluded without any outcome as an overwhelming majority in the Council agreed that the issue could only be discussed bilaterally.

That, as UNSC president, it chose to take no notice of Islamabad’s call for urgent consideration on the same issue is a significant turnaround by Beijing as far as India is concerned.

As a follow-up to Qureshi’s letter, Pakistan has also been calling for removal of all communication restrictions in J&K and for "unfettered" access to medical and other essential supplies in the wake of the novel coronavirus outbreak.

On the novel coronavirus though, India and China seem to be working together to contain the disease, as is obvious from Jaishankar’s conversation last week with China’s state councilor and foreign minister Wang Yi. After Jaishankar tweeted about his conversation with Wang, Chinese ambassador to India Sun Weidong had said that India had agreed not to "label the virus". Sun again said in a tweet Wednesday said that India and China were partners sailing in the same boat and were trying to help each other.

The Indian government has so far remained silent on the origin of the virus. Official sources here had described the G20 video conference as the "best illustration of global cooperation" with no attempt by any country to impute motives.