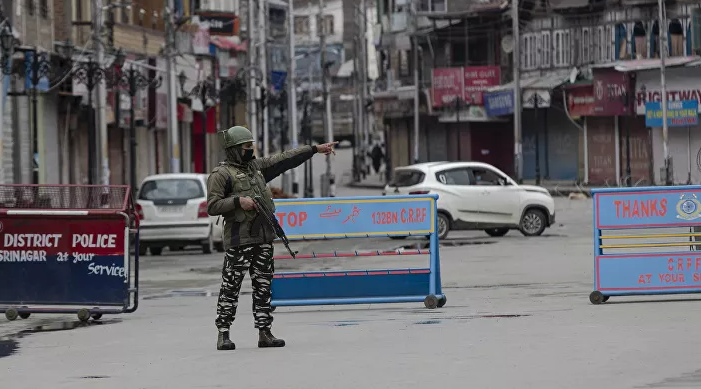 Seven months after announcing the complete integration of Kashmir into India, the Modi government has issued an order that government jobs will be reserved for "domiciles of Jammu and Kashmir." The order issued by the home ministry also defines domiciles for its application, as:

“Who has resided for a period of fifteen years in the Union Territory of Jammu and Kashmir or has studied for a period of seven years and appeared in class 10th/12th examination in an educational institution located in the Union Territory of Jammu and Kashmir.”
Expanding the criteria to include more people from outside the Valley, the notification says that the children of central government officials, including state and territorial employees, who have resided in Jammu and Kashmir for a total period of ten years or more will be eligible for government jobs in Kashmir as well.

Providing major relief to Kashmiri people who had migrated to other parts of the country in past few years for various reasons, the government included them as Kashmir 'domiciles'.

The announcement of the domicile policy came against the backdrop of apprehension posed by political leaders and citizens of the Jammu and Kashmir that there would be a demographic change following the scrapping of Article 370.

The evocation of Article 370 had created unprecedented situation in the Valley, which is under partial lockdown with political leaders being detained for several months.

Pakistan has also raised the issue at different international platforms, including at the United Nations citing the decision by the Modi government as unilateral and a breach of bilateral treaty as well.