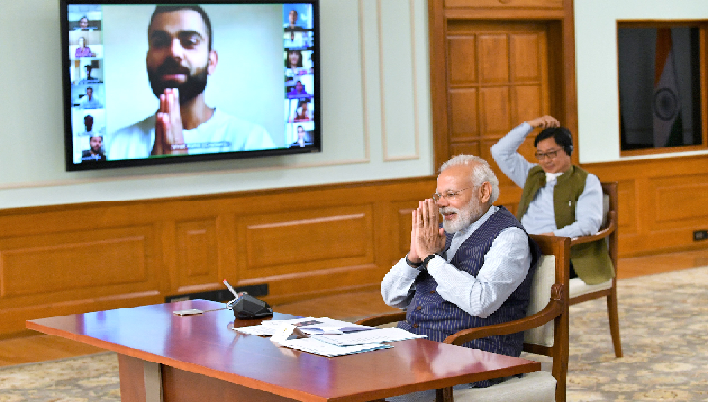 The round of phone calls come roughly two weeks after PM Modi declared a three-week lockdown in the country to slow down the spread the highly contagious virus. The move triggered huge criticism, with many pointing out that the Prime Minister had not taken the opposition or even the state Chief Minister - who have to implement the lockdown - on board.

Sources said the Prime Minister's outreach was part of the wider consultations being held on the modalities of lifting the lockdown, whenever that happens. Last week, the matter was discussed at a video-conference between the Prime Minister and various chief ministers.

As the coronavirus cases showed a spike in the country, PM Modi PM Modi has also reached out to various public personalities including cricketers and artistes to underscore the dos and don'ts to control the spread of the virus so the message reaches the people.

Over the last 24 hours, the country recorded 472 cases of coronavirus, which took the total to 3,374. So far, 77 people have died in the country.

India recorded the highest number of cases (601) on Friday amid an unprecedented surge linked to a religious gathering in Delhi that became hotspot for the spread of the virus.

More than 1,000 people who attended the religious held by Islamic group Tablighi Jamaat in Delhi last month have tested positive, the government said on Saturday.

Tonight, millions across India are expected to light ‘Diyas’ for nine minutes in response to the Prime Minister's call to fight the “darkness of coronavirus pandemic”.