What India did right with the lockdown will overshadow the wrongs 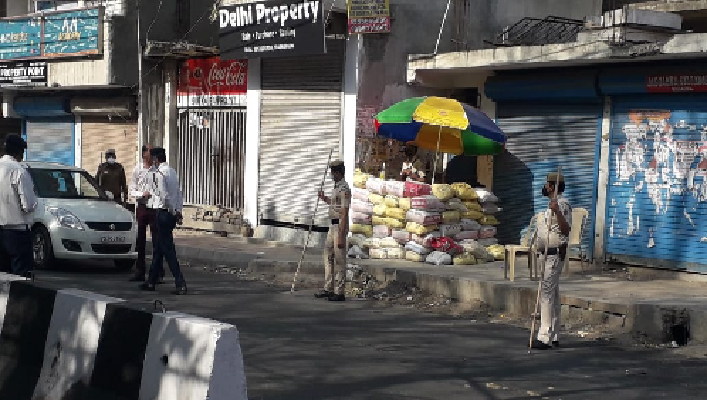 Since March 25, India has come to terms with the enormous challenges of managing a 21-day total lockdown — an exercise that most countries in the developed world have shied away from.

Since March 25, India has come to terms with the enormous challenges of managing a 21-day total lockdown — an exercise that most countries in the developed world have shied away from. Some of the problems, notably the physical difficulties of social distancing in overcrowded urban clusters and the consequences of work loss on those who live on the margins, were anticipated. Less predictable were the subversions of the larger objective by human stupidity — the Tablighi Jamaat’s killer jamboree in Delhi being a notable example — and short-sighted politics. There are unending reports of a total absence of social distancing in select urban localities — and this is an open secret that never makes it to the media — and the border districts of eastern India, not to mention an attempt by at least one state government to flatten the curve by suppressing uncomfortable data.

On balance, however, and despite many local hiccups and cockups, India has responded spectacularly to an endeavour that has involved both personal sacrifice and inconvenience. A hostile Western media will, predictably, focus on what Mahatma Gandhi once described as the “sanitary inspector’s report”, but to most Indians, what went wrong is easily overshadowed by what the country did right. Particularly striking was the show of resolve and discipline that even the country didn’t realise it was capable of.

No doubt there have been contrarian voices, including some who feel that the economic disruption resulting from the lockdown is not commensurate with the success in containing coronavirus. However, the suspicion that the criticism is directed more at the messenger than the message is compelling. The seamless shift of the government’s critics from charges of underplaying the pandemic to overdoing things is too striking to pass unobserved. The criticism is likely to reach a crescendo with the mockery of Prime Minister Modi over his nine-minute blackout at 9pm on Sunday — a symbolic initiative aimed at bolstering national solidarity and maintaining the momentum.

A lockdown of this enormous magnitude will not be without a cost. It is undeniable that when the national lockdown is lifted after April 14 — some hotspots may require a booster dose of quarantine — the country will have paid a very heavy price for putting human lives above money. The impact on the GDP will be quite devastating and this will have a knock-on effect on personal fortunes. It could also have an effect on popular sentiment, at least for a few years. The optimism of racing towards a $5 trillion economy may give way to the despondency of earlier decades when it was felt that India was a good place to get out of. Fatalism and passivity, always facets of the Hindu character, may well gain the upper hand.

Yet, if there are lessons history has to offer, it is that nothing is ever inevitable. The future is no doubt shaped by the environment we live in. But it is also shaped by human interventions. How India emerges from the global coronavirus will depend substantially on how we envisage our collective future. It will depend substantially on character and the vision of its leadership.

Prime Minister Modi took an unimaginably bold step in ordering a 21-day lockdown. He didn’t dither and he brushed aside the soft options. Now, as the battle against the disease moves to the next stage, he will have to show this steely determination again. First, there will be the urgent task of tying up the loose ends. Those who wilfully violated the social distancing norms during the lockdown will be even more reckless, aware that even a single human carrier can unsettle a national mission. They will have to be tackled head on. Equally, new norms that blend exemplary health safeguards with normal life will need to become the new normal.

That, however, is a small part of the agenda. More important is the reconstruction project that involves audacity and thinking big. It involves discarding old orthodoxies — such as tailoring the fiscal deficit — and even challenging global mantras on globalisation. The financial packages offered so far are band-aid solutions. They need to be supplemented with radical decisions that enhance the national capacity. The pandemic has demonstrated that India’s best safeguard is itself. If that means Fortress India in the short run, so be it. But it will also involve going beyond the celebration of mediocrity. A self-sustaining India does not have to be a shoddy, chalta hai India.

The ball is in the PM’s court. It is up to him to lead. He has the mandate. The country is in a mood to both listen and act.


Courtesy: The Times of India