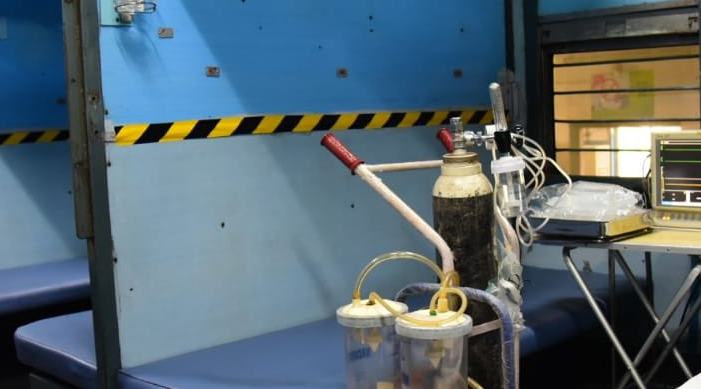 So far, India — which has recorded more than 4,700 cases — has used aggressive quarantine measures to try to contain the outbreak, including a three-week nationwide lockdown and "containment zones" to isolate local infection clusters

But with India now into the third and final week of a national lockdown, experts warn the nation is entering a crucial phase.

Dr Bhan said it looked like community spread was happening because "there have been enough cases where there is no way to trace it back to an infected individual".

"The other issue is, we now have cases all across the country," he added.

Up to 20,000 railway carriages could be converted

Up to 5,000 train sleeper carriages — which could accommodate up to 80,000 beds — are being converted into isolation wards under plans to prevent India's weak healthcare system from being overwhelmed.

As many as 20,000 carriages could be converted if necessary, the Government has said.

Pakistan, which has more than 3,200 confirmed cases, is also converting sleeper trains into makeshift medical wards.

Hotels, hostels and sports stadiums will be converted into hospitals to treat people with mild symptoms if a "large" outbreak occurs, according to an Indian Ministry of Health strategy released on the weekend.

An isolation and treatment centre is already being established at a stadium in Hyderabad, while a sports complex in Chandigarh — in India's north — is being used as a temporary jail to detain those defying the lockdown.

"I think they are concerned, looking at the scenarios in Italy and Iran, where they have been overwhelmed," Dr Bhan said.

"It's good to be prepared. [But] we have a shortage of intensive care health workers who can run ICUs and health ventilators.

Efforts to clamp down on mass gatherings were thwarted in Delhi last month, when thousands of supporters and preachers of Tablighi Jamaat — a Sunni Islamic movement — held a congregation in the city centre.


A COVID-19 outbreak at the gathering has now been linked to more than 1,400 confirmed infections across India, representing about one third of the country's case load.


Confirmed infections linked to the event span 17 states and territories, resulting in more than 25,000 people in quarantine.

More than five villages have also been "sealed," and hundreds of foreign worshippers who attended the event blacklisted.

According to the Indian Government, the ramifications of the congregation have been so profound that the rate of doubling of COVID-19 cases is now 4.1 days instead of the 7.4 days authorities had anticipated had the Tablighi Jamaat event not taken place.

"It shows poor foresight of that congregation and local authorities who should have seen a large congregation happening and stopped it from happening," Dr Bhan said.

In addition to India's national lockdown, neighbourhoods where outbreaks have occurred have been placed into containment zones, which prevent the public from entering or leaving.

In Mumbai, parts of Asia's largest slum, Dharavi, have been sealed off.

So too has a hospital where more than 40 nurses and three doctors have tested positive for COVID-19. About 300 staff cannot leave Wockhardt hospital until they get two negative test results.

Despite this, the Indian Government has remained adamant the national lockdown will end on April 14, although some states have already flagged restrictions will continue afterwards. 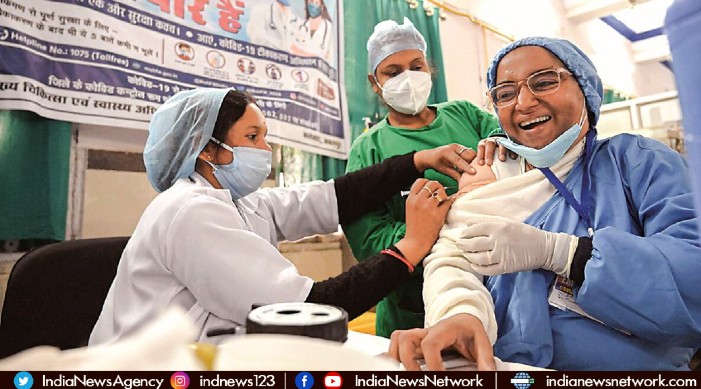