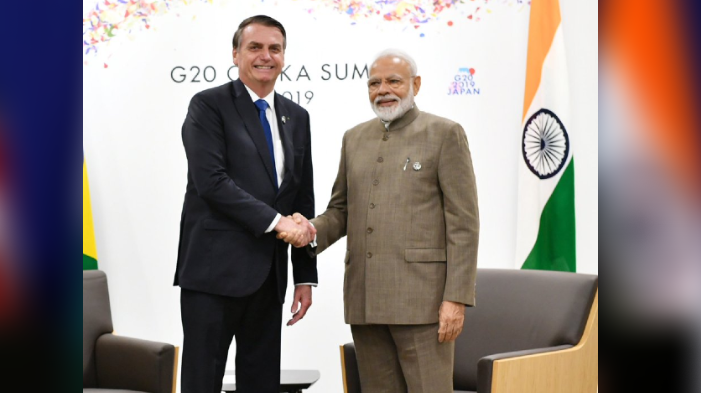 It is well known that Brazilian president Jair Bolsonaro had sought the anti-malarial drug, hydroxychloroquine, or HCQ, during a phone call with Prime Minister Narendra Modi last weekend

However, little is known about the letter Bolsonaro wrote to Modi urging him to send a supply of HCQ, wherein he drew references to the Hindu epic, Ramayana, and Jesus Christ to back his request. The drug is being touted as a potential treatment for covid-19.

“Just as Lord Hanuman brought the holy medicine (the sanjeevani booti) from the Himalayas to save the life of Lord Rama’s brother Laksmana, and Jesus healed those who were sick and restored sight to Bartimeu, India and Brazil will overcome this global crisis by joining forces and sharing blessings for the sake of all people," said an extract from Bolsonaro’s letter written to Modi just before he spoke to the Indian prime minister.

The reference to the Ramayana by Bolsonaro may be surprising to many in India, but according to India’s foreign ministry, “there is enormous interest in India’s culture, religion, performing arts and philosophy" in Brazil. “The first forms of Indian Culture to reach Brazil were related to spirituality, philosophy and religion," according to a country specific note on the foreign ministry’s website. Folkloric identities and celebrations from India mirror the colourful festivities and parades of north and northeast of Brazil.

India had in March stopped exports of HCQ and on 4 April, its exports was banned, without any exemption. The curbs were however lifted on Tuesday with the government saying that exports would be considered on a case by case basis and would be contingent on ample domestic availability.

Brazil has more than 14,000 covid-19-postive cases, with 688 fatalities so far—the highest in South America. Worldwide covid-19 has affected 1.43 million people, with 82,000 deaths since the novel coronavirus surfaced in China in December.

For most in India, the reference to the “holy medicine" would be immediately be understood as an allusion to the sanjeevani herb, believed to have revived Lakshman, who sustained a fatal injury in the battle against demon king Ravana’s son Meghnad.

While his brother lay injured in the battlefield, Rama had asked Hanuman, to fetch this herb from a peak in the Himalayas. However, as he could not identify the herb, Hanuman transported the entire ‘Sumeru Parvat’ to the battlefield so that Lakshman could be saved.

The reference to Jesus and Bartimeu in Bolsonaro’s missive was to an incident mentioned in the Bible’s New Testament.

When Jesus was leaving Jericho with a large crowd, a blind man, Bartimaeus, was sitting by the roadside begging. When he heard that Jesus was passing by, Bartimaeus requested him to restore his sight, and his prayers were answered.