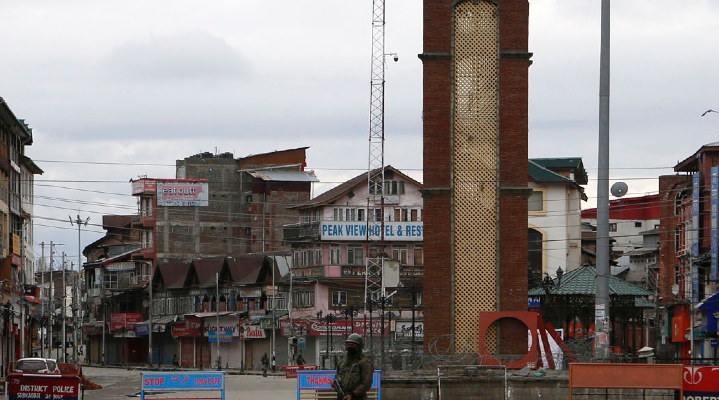 India on Thursday slammed China for stating that its Kashmir dispute with Pakistan was historical one and that it remained high on the UN Security Council agenda.

In a statement in New Delhi, Indian foreign ministry spokesman Anurag Srivastava said India rejected “the reference to Jammu and Kashmir in a statement made by the spokesperson of the Permanent Mission of the People's Republic of China to the United Nations."

“China is well aware of India’s consistent position on this issue. The Union Territory of Jammu and Kashmir has been, is and shall continue to be an integral part of India. Issues related to Jammu and Kashmir are internal to India," he said.

“It is, therefore, our expectation that other countries, including China, would refrain from commenting on matters that are internal affairs of India and respect India’s sovereignty and territorial integrity. We also expect China to recognise and condemn the scourge of cross-border terrorism that affects the lives of the people of India, including in Jammu and Kashmir," he added.

India considers Jammu and Kashmir an integral part of its territory and has been engaged in talks with Pakistan till recently to settle the dispute. New Delhi however says that Pakistan needs to suspend terrorism against India for the talks to proceed. Pakistan on its part says the entire region is disputed.

It also denies playing any role in supporting terrorist groups that target India. China, a close ally of Pakistan, has backed Islamabad’s position on the Kashmir dispute.

India’s remarks on Thursday followed a statement by the Chinese mission to the UN on Tuesday which said that China paid close attention to the current situation in Kashmir and that its position — which India sees as biased towards Pakistan — remained unchanged.

The Chinese remarks were in response to a query on a news report in India which said that China when it was president of the UNSC in March had ignored a request by Pakistan to take up the matter.

“Under its duties as President of the Council, China immediately responded to and processed the letter," the Chinese statement said referring to a letter from Pakistan to raise the issue in the UNSC.

“The question of Kashmir remains high on the Council's agenda," the Chinese statement said. “China pays close attention to the current situation, and China's position on the Kashmir issue remains unchanged. The Kashmir issue is a dispute left from history, and should be properly and peacefully resolved based on the Charter of the United Nations, Security Council resolutions and bilateral agreements. China opposes any unilateral actions that complicate the situation," the Chinese statement added.