WHO Admits Error: "Cluster Of Cases In India, Not Community Transmission" 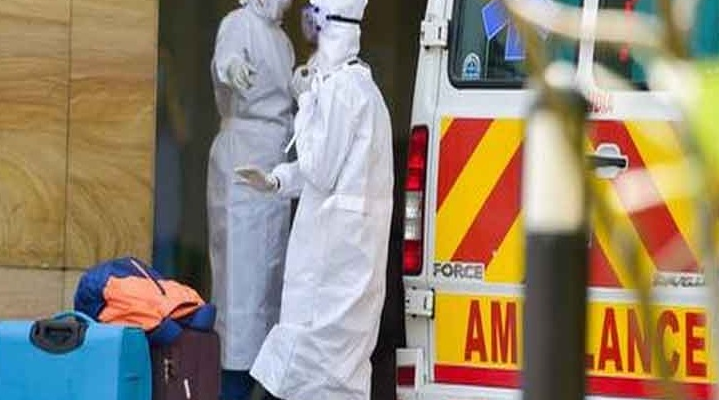 Description: The Indian government has consistently maintained that the country is not in Stage 3 or community transmission

The World Health Organisation (WHO) has clarified after its "situation report" on the coronavirus spread in countries showed India at the stage of community transmission. The organization has told NDTV that there was an error in the report, and it had now been fixed. India has a cluster of cases and not community transmission, WHO has said.

While the India column in the report had said "community transmission", China's shows "cluster of cases" of COVID-19, which has infected 1.6 million people and caused over 95,000 deaths worldwide.

The government has firmly denied that the country is in Stage 3 or community transmission, which is when coronavirus cases escalate and it is difficult to trace the source of the contagion.

India has 6,412 cases of coronavirus, including 199 deaths. Thirty-three deaths have been reported in the past 24 hours.

Prime Minister Narendra Modi's move to order a 21-day lockdown has helped slow the spread of coronavirus, believe officials and experts. Even this morning, Union Health Minister Harsh Vardhan said in a meeting with diplomats that "so far, there is no community transmission" in India. He said of nearly 600 districts, 400 were unaffected by COVID-19 and 133 districts are hotspots.

According to WHO, the transmission scenarios - no confirmed cases, sporadic cases, clusters of cases, and community transmission - "are self-reported" by member states. Friday marks 100 days since WHO was notified of the first cases of "pneumonia with unknown cause" in China, which, over the next few weeks, gripped the world.

WHO defines community transmission as that in countries experiencing larger outbreaks of local transmission defined through an assessment of factors including large numbers of cases not linkable to transmission chains and multiple unrelated clusters in several areas.

An official of the Health Ministry, who has tackled questions on community transmission almost daily during briefings, had said earlier it would be announced as soon as it was confirmed.

"We can consider that we are in the community transmission stage only when there are about 20 to 30 per cent cases with no clue on how they got the virus," said Lav Aggarwal, joint secretary, Health Ministry.

"If India enters that stage, we will not hide it," Mr Aggarwal said recently.