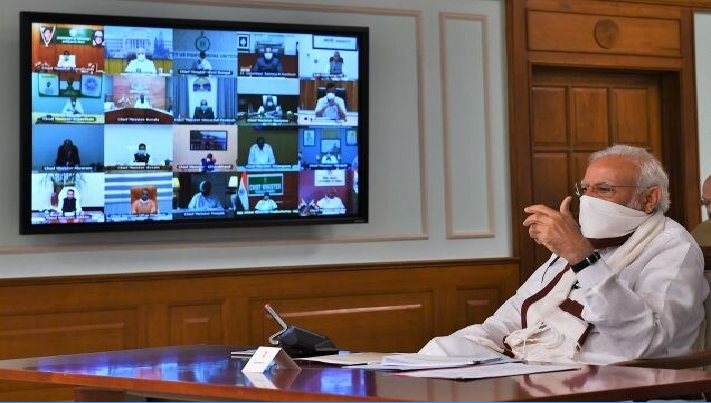 While interacting with state chief minister on Saturday, Prime Minister Narendra Modi had hinted that restrictions will continue in some forms to protect people from the virus.

The Centre is likely to categorise the country into red, orange and green zones depending on the number of Covid-19 cases during the proposed extended period of lockdown, news agency PTI reported.

Quoting government officials, PTI further reported that there will be no activity in the red zones - the districts where sizeable number of cases were detected or areas which were declared hotspots; minimum activities like opening of limited public transport, harvesting of farm products will be allowed in orange zones where only few cases have been found in the past; the green zones may see further relaxation.

Some MSME industries falling under the green zone will be allowed to function with in-house lodging facilities for employees with proper maintenance of social distance, PTI further reported.

Prime Minister Narendra Modi on Saturday held meeting with the chief ministers - his third and most expansive interaction so far - where he hinted that restrictions will continue in some form to preserve lives in the wake of Covid-19 pandemic. Some relaxations are, however, expected to resume economic activity.

The PM said that while announcing the lockdown, he had spoken of “jaan hai toh jahaan hai” - if one is alive, there is a world - but now, for a successful and prosperous India, it was time to move to “jaan bhi, jahaan bhi” - life also, world also.

In the four-hour-long interaction, several chief ministers expressed the need to extend the lockdown, and offered a review of the situation in their respective states. The CMs placed emphasis on balancing lives and livelihoods, with some asking for a major economic package to tide over the crisis. They also flagged the need for more testing kits and personal protective equipment (PPEs) for health workers.

Andhra Pradesh chief minister YS Jagan Mohan Reddy on Saturday suggested to the Centre to lift the lockdown and confine it only to the red zones which have reported a larger number of Covid-19 positive cases.