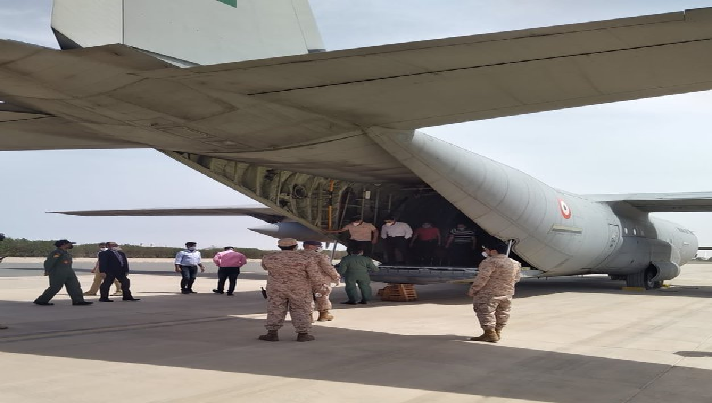 An Indian rapid response team has reached Kuwait to provide medical assistance and train personnel in the fight against coronavirus as a follow-up to the discussion between Prime Minister Narendra Modi and his Kuwaiti counterpart, External Affairs Minister S Jaishankar said on Saturday.

On April 1, Prime Minister Modi and Sheikh Sabah Al-Khaled Al-Hamad Al-Sabah talked on phone and decided that officials of the two countries would maintain regular contact to exchange information and explore avenues for cooperation.

"Subsequently, Jaishankar and his Kuwaiti counterpart held a telephone conversation to discuss the prevailing situation in Kuwait and explore ways to further strengthen cooperation during these challenging times," the External Affairs Ministry said in a statement.

On Saturday, Jaishankar informed in a tweet that the Indian rapid response team has reached Kuwait. "Follow up to the discussion between our two prime ministers on #COVID19.Underlines the special friendship between India and Kuwait," he added.

India is reaching out to Western Asian nation in the "extended neighbourhood" to complement its efforts to fight the menace effectively, according to the MEA.

The two countries share a strong partnership based on historical, cultural, economic and people-to-people-contacts. Indians constitute the largest group of expatriates in Kuwait with an estimated population of about 10 lakh.

The MEA said the Indian team, comprising 15 Indian doctors and healthcare professionals, will supplement the efforts of the Kuwaiti government in the collective fight against the pandemic.

The team is expected to stay in Kuwait for two weeks and will provide medical assistance and train Kuwaiti personnel.

The rapid response team has been deputed at the request of the Kuwaiti government.