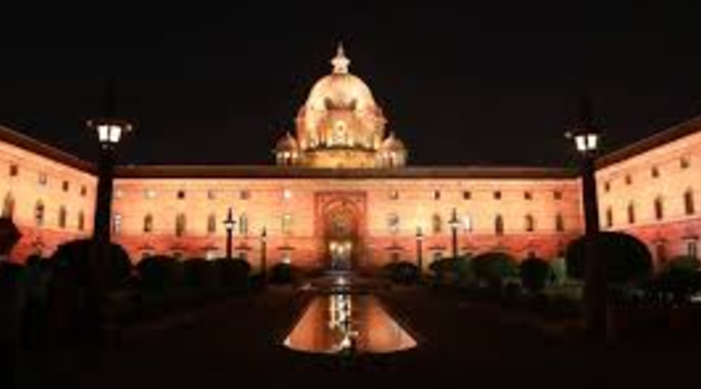 During the lockdown, the government accelerated its efforts for effective management strategies and future planning

Globally, as of April 19, there were more than 2,332,456 confirmed cases of COVID-19 and 160,784 deaths. India, a country of 1.3 billion people, has been able to manage and contain cases of COVID-19 to about 12,947 much below the global incidence rate, with negligible community-based infection due to well-executed plans and pre-emptive preventive methodology under the leadership of Prime Minister Narendra Modi.

With the information available to the world since early January, both in the public domain and from authoritative international sources, India has taken several proactive measures. This has ensured that India stayed ahead of the curve as the crisis evolved. The Government of India organized a meeting of the Health Crisis Management Group on Jan. 8 and constituted a Group of Ministers (GOM) to plan, monitor and review the situation regularly and to ensure inter-ministerial coordination.
States and provinces were provided with guidelines for surveillance and contact tracing, laboratory sample collection, packaging and transport, clinical management protocol, prevention and control in healthcare facilities and discharge guideline for passengers under quarantine.
The focus areas of the strategy and major actions taken are as follows:

Surveillance at the country’s points of entry
The first travel advisory was issued on 17th Jan (before the first case was detected in India) along with the initiation of screening on flights arriving from China and Hong Kong at 3 Major Airports. Screening and graded travel restrictions were increased step by step from mid-January until March 11, when the World Health Organization finally declared COVID-19 a pandemic. As of April 6, 1.5 million passengers had been screened at the airports, 44 thousand at sea ports and more than 2 million at land borders.

Community surveillance of all passengers through the Integrated Disease Surveillance Program (IDSP) Network
Passengers are monitored in the community through the IDSP network on a daily basis. At present 621,000 passengers have been brought under surveillance, of which 33,249 were found to be symptomatic and referred; 5503 have been hospitalized so far. This has ensured that not a single positive case has been able to mix with general population.

Laboratory testing
A network of labs across the country has been set up to facilitate early and timely sample testing. The WHO has identified the National Institute of Virology in Pune as the referral laboratory for the entire Southeast Asia Region. From one laboratory in January 2020 to 223 labs nationwide (157 public labs, 66 private) now, over 190,000 samples have been tested to date. India is also developing indigenous testing kits to meet higher demand for more extensive testing.

Ramping up production and procurement of medical supplies
The Indian private sector is being fully involved in the quest to make affordable local alternatives. For instance, there are now 32 Indian companies that have started work to produce personal protective equipment (PPE) kits. A six-fold increase in the supply of oxygen for medical purposes has also been ensured, since Feb 1. At present 727,494 beds, 171,317 isolation beds and 74,450 confirmed COVID-19 beds have been identified. Up to 40,000 extra isolation beds have been prepared by converting 2,500 railway carriages. The production of pharmaceutical supplies, like anti-pyretic tablets and hydroxychloroquine, has been expanded to meet domestic needs and to export to other countries.

Public communication
One of the biggest ways to prevent community spread of the infection is through communication. Press ads about the basic do's and don'ts of COVID-19 management were released, and more press ads dealing with other aspects are being developed and released as the situation progresses. Regular press conferences with the Health Minister have been carried out, and daily updates by designated officials have been issued and relayed across all media channels. Daily press releases about the number of cases, travel advisories and other COVID-19-related decisions are being issued.

Ensuring safety of Indians abroad
The government has taken every step to ensure safety of its citizens. There have been evacuation operations from Wuhan, Iran, Japan, (from a cruise), Italy and Malaysia. The evacuees were brought to quarantine facilities which were set up on a real time basis on a war footing.

By mid-March, there was substantial global spread of the disease. On March 24, Prime Minister Modi announced a total lockdown for 21 days until April 15. This lockdown was truly unprecedented. For example, it has included stoppage of over 13,000 railway passenger services a day and, for the first time in India’s history as a Republic, stoppage of all flight services and most public transport. And yet, continuity of essential services – the power supply, water, energy, food products, banking and delivery of essential goods – was ensured.
After the lockdown, a lot of migrant laborers from NCT Delhi started migrating towards their home states. Many people started pouring into interstate bus terminals and the interstate highways. Many started walking on foot and many were stuck at different interstate borders. The government of India swung into action and the around 500,000 migrants were safely transported to their home states.
A detailed protocol was established to manage the migrants; guidelines were issued to ensure essential supplies; rations for stranded people were ensured. Nearly 28,000 relief camps and shelters have been set up, with relief being provided by state governments to 1.25 million people. Nationwide, 20,000 food camps are being run, with up to 7.5 million people being fed every day.
During the lock down, the Government accelerated its efforts for effective management strategies and future planning. The Prime Minister’s Garib Kalyan (Welfare of the Poor) package sets out US$ 22 billion to alleviate the situation of the poor and vulnerable, including farmers and laborers. This includes insurance for 220,000 health care workers.
Food relief measures are being implemented to provide free grain and lentils for 3 months to 800 million people. LPG cylinders are being provided to 80 million poor households. Funds are being transferred through direct cash transfer schemes to poor senior citizens, differently-abled people and to indigent widows.

The Indian prime minister invited all SAARC countries for a video conference to manage the COVID-19 situation on March 15 and set out a series of measures including a commitment to provide up to US$ 10 million toward health assistance. India has been able to deliver medical supplies and assistance to the Maldives, Sri Lanka, Nepal, Bangladesh and Bhutan, and it is in the process of preparing packages of medicine and other needed commodities for Nepal and Afghanistan. Medical commodities have also been provided not only to Myanmar, the Seychelles and Mauritius in our extended neighborhood but also to Italy, Iran and China at the height of the crisis in those countries.
And in keeping with India’s standing as a major and responsible provider of pharmaceutical products to the world, commercial and aid supplies of key pharmaceutical products were made to the United States, Spain, Brazil, Israel and Indonesia, as well as countries in Africa, Latin America and the Caribbean.
The effort is on, and there is a tough battle ahead.