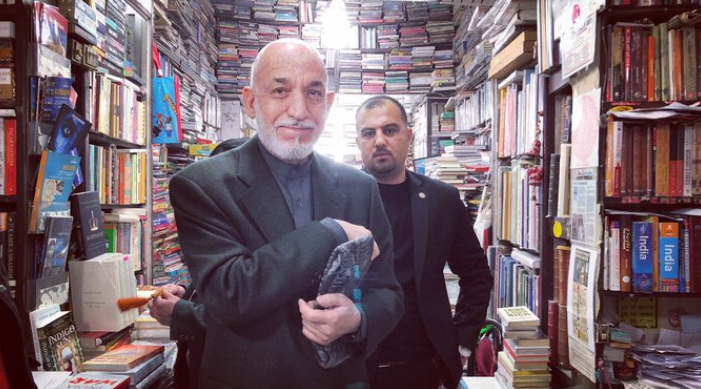 Former Afghan President Hamid Karzai has welcomed the American gesture to bring in India into the ongoing negotiation for sustained peace in the war-torn country. The response followed hours after U.S. Special Representative Zalmay Khalilzad discussed the state of the peace talks and the coronavirus crisis in South Asia with External Affairs Minister S. Jaishankar.

“I have said this since the process began... I do hope India will join the peace process in support of a sovereign and united Afghanistan with a strong government, in keeping with the traditional friendship between India and Afghanistan,” Mr. Karzai, who met with Indian envoy to Afghanistan Vinay Kumar on Saturday, told The Hindu.

During his visit to Delhi in January, Mr. Karzai had also pitched for India’s support to the U.S.-Taliban and intra-Afghan dialogue process in meetings with Prime Minister Narendra Modi and National Security Advisor Ajit Doval.

Mr. Khalilzad on Saturday made the move and said, “I reached out to Indian External Affairs Minister Dr. S. Jaishankar yesterday to discuss the latest on the Afghan peace process. We talked about the urgency of resolving the internal political crisis and the importance of Afghan leaders forming an inclusive government.” He said that both sides discussed the issue of release of prisoners from the prisons of the government of Kabul and the Taliban. “We also spent some time covering the immediate and longer-term impact of the coronavirus.”

The development is significant as it came days after a six-nation talk on the Afghan scenario was held which had excluded India. External Affairs Minister Mr. Jaishankar said, after the phone conversation, that India’s historic relationship with Afghanistan will “always guide” New Delhi.

The conversation is important as India was left out of a multi-nation dialogue held on Thursday which focused on “comprehensive peace process in Afghanistan through intra-Afghan negotiations and on the importance of regional cooperation in support of Afghanistan,” said a Spokesperson for the UN Secretary-General.

India has maintained that it wants the intra-Afghan dialogue to be conducted on the basis of “Afghan-owned and Afghan-led” process though it has not yet formally opened up to the Taliban. India was represented by its envoy to Qatar during the February 29 peace agreement between the United States and the Taliban.