India is heaven for Muslims as their rights are secure: Naqvi 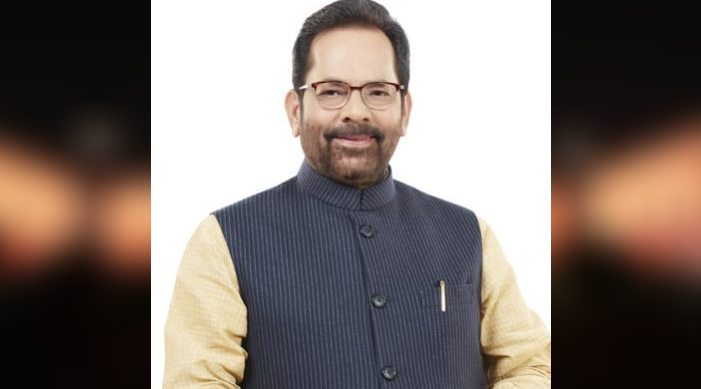 Days after an expert body established by the Organisation of Islamic Cooperation(OIC) alleged that “Islamophobia” is on the rise in India, Minority Affairs Minister Mukhtar Abbas Naqvi on Tuesday said that the country is “heaven” for Muslims as their religious rights are secure.

“India is heaven for Muslims; their social, economic and religious rights are secure,” he told news agency PTI, adding that those trying to vitiate atmosphere can’t be their friends.

Following this, Pakistan PM Imran Khan compared the Indian government’s treatment of Muslims to “what Nazis did to Jews in Germany”.

The Ministry of External Affairs, which is yet to comment on the OIC, issued a statement against remarks by the Pakistani prime minister.

MEA spokesperson Anurag Srivastava said: “…Instead of concentrating on fighting COVID19, they are making baseless allegations against their neighbours. On the subject of minorities, they would be well advised to address the concerns of their own dwindling minority communities, which have been truly discriminated against.”

On Monday, Indian envoy to the UAE Pavan Kapoor sought to remind Indians in the UAE that discrimination is against the Indian moral fabric and rule of law, following the outrage from prominent Arab citizens over Islamophobic comments from some Indians in the Gulf region.