No move to reduce the retirement age of government employees 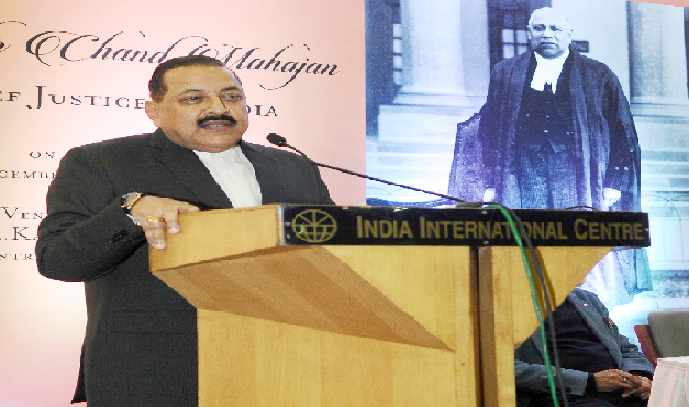 There is no move to reduce the retirement age nor has such a proposal been discussed at any level, Union Minister Jitendra Singh said

Strongly refuting the reports in a section of media that Government has moved a proposal for reducing the age of retirement of government employees to 50 years, Union Minister of State (Independent Charge) of the Ministry of Development of North Eastern Region (DoNER), MoS PMO, Personnel, Public Grievances & Pensions, Atomic Energy and Space, Dr Jitendra Singh categorically stated here today that there is no such move to reduce the retirement age nor has been such a proposal discussed or contemplated at any level in the government.

Dr Jitendra Singh said, there are certain motivated elements which have been over the last few days, time and again planting such disinformation in a section of media and attributing it to the government sources or DoP&T. He said, each time a prompt rebuttal is sought to be made in order to clear the confusion in the minds of stakeholders. He said, it was unfortunate that at a time when the country is going through Corona crises and the entire world is praising Prime Minister Sh Narendra Modi for his proactive handling of the pandemic, there are certain elements and vested interests which try to underplay all the good work done by the Government by planting such media stories.

On the contrary, right from the beginning of the emergence of the Corona challenge, Government and the DoP&T have, from time to time taken prompt decisions to safeguard the interests of the employees. For example, he said, even before the lockdown was officially announced, DOPT had issued an advisory for the offices to work with “absolutely necessary or minimum staff”. Even though the essential services were exempted from this guideline, DOPT had issued directions to exempt the “Divyang employees even from the essential services”.

Considering the constraints of the lockdown, he recalled that DOPT had postponed the last date for filling of the Annual Performance Appraisal Report (APAR) by the government officials.

At the same time, he referred to the UPSC’s decision to reschedule the dates of IAS/Civil Services interview/personality test and also announced that the Civil Services Preliminary Test will be done after May 3rd. Similarly, on the same line, SSC has also postponed its process of recruitment.

As for the Department of Personnel in the Ministry of Personnel, Dr Jitendra Singh said that last week there was fake news that the government had decided to impose a 30% reduction in the pension and discontinue pensions for those who are above the age of 80. However, contrary to this, the truth is that on the 31st of March there was not a single pensioner whose pension did not deposit in his account. Not only this, services of the Postal Department were sought to deliver the pension amount at the residence of the pensioners, whenever required.

As for the Department of Personnel, in the last four weeks, the Ministry of Personnel has had Video Conference consultations for Pensioners and Senior Citizens across 20 cities where pulmonary advice was given by experts like Dr Randeep Guleria, Director (AIIMS). Similarly, Yoga Sessions on Webinar are also being organised.