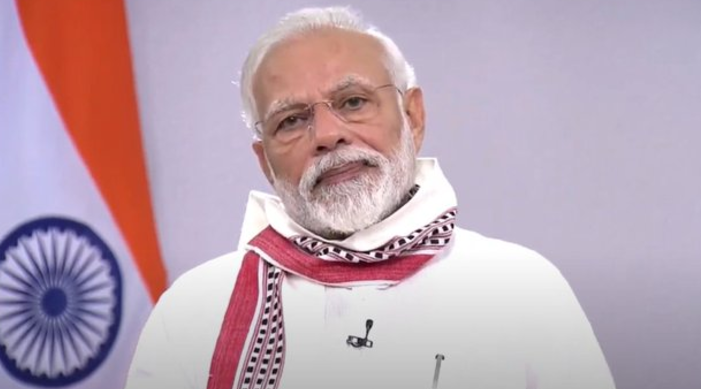 We are fortunate that the entire country with every citizen as a soldier is leading and fighting this war, PM Modi said in his ‘Mann ki Baat’

Prime Minister Narendra Modi on Sunday hailed the “people-driven war” in India against the coronavirus disease, and said it will be discussed in the future. He said this during his monthly radio programme ‘Mann ki Baat’.

“Suggestions and phone calls for this edition of Mann ki Baat are many times higher than the usual. Encompassing many subjects, you mann ki baat has reached me. In hustle and bustle of life, several topics remain unnoticed have come to the fore through your feedback. I intend to share a few such aspects with the countrymen,” he said.

“India’s fight against coronavirus is people driven. It is being fought by the people and the administration in close collaboration,” added PM Modi.

“A vast country like India which is striving for development, fighting a decisive battle against poverty, has only this option to win the war against coronavirus. We are fortunate that the entire country with every citizen as a soldier is leading and fighting this war,” he said.

“Wherever you see, you will find that it’s a people-driven war. When the entire world is battling this pandemic, in future whenever this war with pandemic will be discussed, its events recalled, I am sure that this people-driven war of India will be surely discussed,” the Prime Minister further said.

In his last ‘Mann ki Baat’ address on March 29, four days after announcing the first phase of nationwide lockdown, the PM had apologised to the nation for imposing the shutdown but justified the step, saying it was needed to ‘win this battle’.

“I apologise for taking these harsh steps which have caused difficulties in your lives, especially the poor people. I know some of you would be angry with me also. But these tough measures were needed to win this battle,” he had said.

Since that address, a second phase of nationwide lockdown has been imposed which will end on May 3. The government has also announced some relaxations in the lockdown rules including opening neighbourhood and stand-alone shops providing non-essential goods and services but with certain conditions.

According to the Union health ministry figures released on Sunday morning, India’s coronavirus count stood at 26,496 including 19,868 active cases and 824deaths from Covid-19.