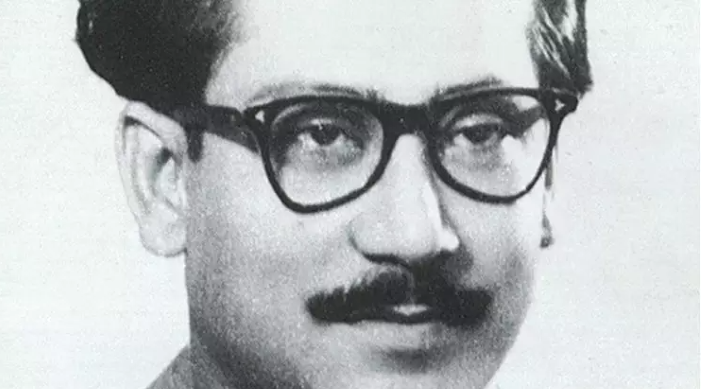 Bangladesh will mark the centennial birth anniversary of its founding father Sheikh Mujibur Rahman later this year. A yearlong celebration planned to commemorate this historic event has, however, been muted so far on account of the outbreak of the COVID-19 pandemic

At least 30 prominent global leaders, including Prime Minister Narendra Modi, had been expected to attend the celebratory programmes. In fact, Prime Minister Modi was to deliver the keynote address on March 17, 2020 to start the yearlong celebrations. These events now stand postponed.1

Amidst the COVID-19 induced gloom, the popular sentiment turned celebratory on the announcement of the arrest of Captain Abdul Majed – one of the killers of Mujib – in Dhaka on April 7, 2020. Arguably, this was a key achievement for the pro-liberation forces represented by the Awami League and its secular politics in their rivalry against the anti-liberation forces represented by Jamaat-e-Islami, Bangladesh Nationalist Party and other Islamist forces.

Arrest and Execution of Majed
Captain Abdul Majed represented the anti-liberation forces in Bangladesh. This self-proclaimed killer of Mujib, who had been absconding for decades2, was executed by the state in the early hours of April 12 – five days after his arrest.

Captain Abdul Mazed
It is widely believed that India had played a key role in his arrest.3 Bangladeshi media had reported that Abdul Majed came to Dhaka in the middle of March from Kolkata where he claimed to be hiding for almost 23 years.4 Bangladeshi Home Minister Asaduzzaman Khan had described his arrest as “the biggest gift” for Bangladesh in 2020.5

Bangladesh achieved its liberation under the leadership of Sheikh Mujibur Rahman in 1971. Unfortunately, his rule was short-lived and within four years of the country’s liberation, he was assassinated on August 15, 1975 by a faction of the army opposed to his policies. The same renegade army personnel also wiped out his entire family residing in Bangladesh. The only two survivors of the Sheikh’s family – daughters Sheikh Hasina and Sheikh Rehana – lived to see the day since they were based in West Germany at that time.

Sheikh Mujiburs’s Assassination: A Turning Point in the History of Bangladesh
Sheikh Mujibur’s assassination was a turning point in the politics of Bangladesh. It led to the complete sidelining of the pro-liberation forces by the anti-liberation groups. Within 90 days of Mujib’s assassination, his killers were given immunity through an Indemnity Ordinance issued by then President Khondaker Mostaq Ahmad on September 26, 1975. This ordinance was converted into a formal statute by Major General Ziaur Rahman and later approved by the Bangladeshi Parliament – Jatiyo Sangshad – through the Fifth Amendment on July 9, 1979. The Indemnity Act, therefore, was enshrined in the Constitution of Bangladesh. The subsequent governments, including that of President Ziaur Rahman, rewarded Mujib’s killers by promoting and posting them in lucrative diplomatic missions abroad.

After carrying out Mujib’s assassination, Majed and other officers involved in the killing went to Libya via Bangkok, allegedly on the directive of the then army chief Ziaur Rahman.6 These officers were aptly rewarded with Majed being appointed as Bangladesh’s Ambassador to Senegal in 1980. After his retirement from the army, he was appointed as Deputy Secretary at the Bangladesh Inland Water Transport Corporation (BIWTC) in March 1980 where he was later promoted as Secretary. After BIWTC, he joined the youth development ministry as its director before being eventually transferred to the national savings department in the same designation. 7

The policies of subsequent governments left little doubt about their connivance with the anti-liberation forces in the killing of Mujib. It was, therefore, hardly surprising that these killers were not punished under the rule of the army. They were largely left unpunished even when democracy was restored in 1990 with the coming to power of the Bangladesh Nationalist Party (BNP) headed by its leader Khaleda Zia – the widow of General Ziaur Rahman.

It was only when Sheikh Hasina assumed power in 1996 that steps were taken to bring the culprits to justice. The controversial Indemnity Act was abrogated in November 1996.8 This paved the way for the start of their trial in Dhaka in 1997 – 22 years after the assassination. In 1998, the trial court awarded death penalty to Abdul Majed and 11 other former army personnel for their involvement in the killing. The death sentence of all the killers – Syed Farooq-ur Rahman, Sultan Shahriar Rashid Khan, Muhiuddin Ahmed, AKM Mohiuddin, Bazlul Huda, Shariful Haque Dalim, Khandker Abdur Rashid, Rashed Chowdhury, Nur Chowdhury, Abdul Majed, Moslem Uddin and Aziz Pasha – was confirmed by the High Court on April 30, 2001.

However, this issue was once again put on the backburner with the BNP-led coalition government coming back to power in 2002. Notably, the coalition comprised of strong anti-liberation forces, including the Jamaat-e-Islami which had sided with Pakistan during the liberation war. This period also coincided with a spurt in Islamist radicalism across the country. Given these developments, the government protected rather than punish Mujib’s killers.


The death penalty was once again revived when Sheikh Hasina came back to power in January 2009. The Supreme Court, on November 19, 2009, upheld the High Court’s judgment. After completing all legal procedures, the government executed five convicts on January 28, 2010. Of the remaining seven absconding convicts, Aziz Pasha reportedly died in Zimbabwe in 2001 while Rashed Chowdhury has taken political asylum in the US. Nur Chowdhury and Moslem Uddin are believed to be residing in Canada9 and Pakistan10, respectively. It was only Abdul Majed who was suspected to be hiding in India. The whereabouts of two other convicts are not known.

The Sheikh Hasina-led ruling regime has sought to repatriate the remaining absconders and bring them to justice in a year which is being celebrated as Mujib Borsho. This endeavour is being led by a task force that was first set up in 2010. It is headed by the law, justice and parliamentary affairs minister and comprises of key officials of the foreign, law, and home ministries.11 The Bangladesh Government has also appealed to the international community to track down the culprits. Two law firms in the US and Canada have been hired to fast-track the process.12 Meanwhile, Foreign Minister A.K. Abdul Momen has spoken to his American counterpart, the Secretary of State Michael R. Pompeo, while Prime Minister Sheikh Hasina has written a letter to President Donald Trump on the repatriation issue.13 Notably, while the US is yet to take a call on this matter, Canada has expressed its reservations in deporting the wanted personnel, given the existing provision of death penalty in Bangladesh. Therefore, barring the arrest of Captain Majed, the current government has not had tangible success in bringing the remaining absconders to justice.

A Boost to India-Bangladesh Ties
The perceived help extended by India in the arrest of Captain Abdul Majed can be seen as another feather in the cap of the growing security cooperation between India and Bangladesh, initiated under the stewardship of Prime Minister Sheikh Hasina.14 Over the last decade, Dhaka has handed over to New Delhi a number of wanted insurgent leaders, especially from India’s north-eastern states, who had been hiding in Bangladesh. This has helped establish a modicum of peace in the region.

Arguably, the arrest and execution of Captain Majed – the self-confessed assassinator of Bangabandhu – is a new milestone in the history of bilateral ties. Today, India-Bangladesh ties have been completely transformed, notwithstanding the occasional irritants including the issue of illegal migration from Bangladesh. The maturity of their ties has been reflected in India recently sending its newly appointed foreign secretary, Harsh Vardhan Shringla, to Bangladesh to clear the air over the National Register of Citizenship (NRC).15 Therefore, given these developments, it is likely that the arrest and execution of one of the killers of Bangabandhu will further strengthen India-Bangladesh ties.

Meanwhile, for Bangladesh, the execution is likely to lift the morale of the pro-liberation forces while weakening that of the anti-liberation groups who were already in disarray. This portends new political dynamics in the future.