In US and UK, Indian doctors in the vanguard of Covid-19 fight 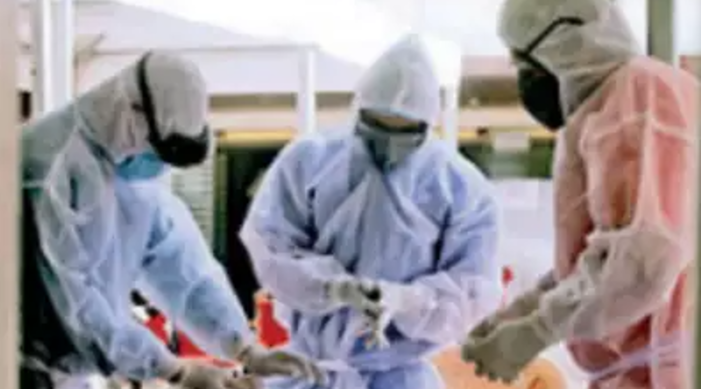 HYDERABAD: Every seventh Covid-19 positive patient in the US is being treated by a doctor of Indian-origin. Not surprisingly, some 200 Indian doctors have been infected by the virus and are being treated at different hospitals

Even as the American Association of Physicians of Indian origin (AAPI) gives out these numbers, the British government has ordered an inquiry into the very high percentage of doctors from the ethnic minority community contracting the virus and even dying. Many of them are Indians.

With global healthcare systems overburdened because of the Covid-19 pandemic, healthcare professional from India are at the forefront of the battle against the virus in both the US and UK. By late evening on Saturday, the US had already crossed 52,000 deaths while the UK was closing in on 20,000 fatalities.

In the US alone, there are 100,000 doctors who are Indian or of Indian origin. But numbers apart, it is courage on display that is defining the Indian workforce during the current pandemic. Describing the response of Indian healthcare workers to the crisis, Dr Suresh Reddy, president of AAPI says, “It is both a proud and scary moment. On one hand, they are saving lives, on the other they are putting their own lives in grave danger.”

He added that he has seen several friends who had fallen sick because of exposure to the virus. “Of the 200 Indian doctors who are sick currently, 10 to 15 have been hospitalized and five in critical condition. Three have passed away,” he adds.

Over 35,000 India-born doctors part of UK’s NHS workforce
In the UK, 35,000 Indiaborn doctors are part of the NHS workforce, says Dr Chandra Kanneganti, chair, British International Doctors Association (BIDA). “Indian-origin workers constitute about 15% of the NHS including doctors, nurses and other healthcare professionals,” she says. At least 16 doctors from ethnic minorities had passed away in the UK, with at least two from India. Among healthcare staff, this figure stands at eight.

Statistics do not even take into account the stress and trauma that Indian doctors are facing.
“I have not seen my child for a week now. I have not slept in three days,” says Anjana Prasad (name changed) who had been working at a hospital in New Jersey, one of the hotspots of the disease. She says almost all the patients at her hospital are coronavirus positive.
Dr Sam Nuthalapaty of the Sherman Oaks Hospital in California adds, “One mistake is all it takes for a healthcare worker to get affected.” While the West Coast has not been as severely hit by the pandemic, he says half of the 120 patients admitted at his hospital are Covid-19 positive.

“Doctors are stretching themselves thin. We have been living in a state of anxiety for the past few months. It is like entering a war with little preparation,” says Dr Nageshwar Bandla, from the Royal Stoke University Hospital, UK. At the hospital, where about one-third of the consultants across specialities are of Indian-origin, he says a battle plan has been formulated with greater burden falling on the intensive care unit which is seeing increasing admissions.

While BIDA has called for a review of why ethnic minorities are seeing high morbidity, Kanneganti says the higher rates of infections could also be attributed to several factors. “Higher instances of people suffering from co-morbidities such as elevated BP and obesity, living in larger families and other criteria could be behind more deaths among minority ethnic groups.”
Doctors in the US too confirmed that poor physical health and lack of adequate social distancing may be behind why certain ethnic groups are being adversely affected.