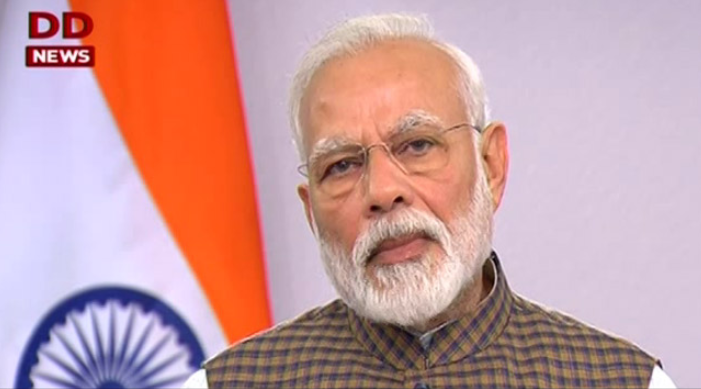 Vilified by a section of the media, Indian PM is the target of a vicious Goebbelsian drive

When more than 50 lives are lost in communal riots in the national capital of the second-most populous nation on the planet, then obviously it is a conscience-call for all right-minded people to not just sit up and take note, but raise the pitch for communal harmony, peace and demand that wrong-doers on either side of the religious divide are dealt with the full force of law. However, if even for one second you think that it is Indian Prime Minister Narendra Modi who is to be held responsible for this bloodshed, then think again.

Holding the prime minister responsible for anything and everything that goes wrong, right from lack of monsoon rains to an increase in bus fares, is perhaps par-for-the-course in a country that has often seen histrionics and plebian play get the better of objective and dispassionate assessment of a socio-political crisis. While that is not unusual in an Indian context, what pains one to no end is to see how even a section of the international media, particularly western media, has been playing the role of judge-jury-and executioner in their rather one-sided depiction of Modi as a mischief-monger who has allegedly allowed politics of hatred to bloom under the disguise of a cleverly-crafted narrative of gung-ho nationalism.

To put things in perspective, first of all, let us not believe in this perceived social media-peddled horror story that seeks to present the Delhi riots as the worst in recent memory. Make no mistake -- this is neither an attempt to present a watered-down version of reality nor present something evil as angelic.

What has happened in Delhi is indeed unfortunate and a blot on civilisation. But let us also not forget that the death toll in Delhi was still nowhere near what we had seen during the 1984 anti-Sikh riots in Delhi, the 1993 post-Ayodhya riots in the financial capital of Mumbai and the 2002 Gujarat riots.

Yet, in none of those cases, was the PM of the day vilified by the media as much as Modi is being made the target of a vicious Goebbelsian campaign today.

In fact, the then prime minister Rajiv Gandhi’s nonchalance is taking on the hate-mongers within his own party, in the immediate aftermath of his mother and former prime minister Indira Gandhi’s assassination, was shocking.

When asked to comment on the anti-Sikh riots, Rajiv’s reply was: “When a big tree falls, the earth shakes”!

During the 1993 Mumbai riots, when innocents were being butchered, the then PM P.V. Narasimha Rao’s stoic silence on the issue was utterly dehumanising, while former PM Atal Bihari Vajpayee had merely paid lip-service to his role as the occupant of the highest public office in the world’s largest democracy when he very diplomatically reminded Modi, who was the then chief minister of Gujarat, about his obligations to perform ‘rajdharma’ (duty of the ruler)!

Given the enormity of each of those instances of cold-blooded mayhem, the prime ministers of the day had turned out to be miserable failures in turning their offices and their seats into powerful confidence-building instruments that would rein-in the thugs and help bruised hearts repose their faith in the state machinery.

Compared to his predecessors, Modi has been far more voluble and categorical in turning the Prime Minister’s Office (PMO) into a livewire so far as administrative activism is concerned.

His statement seeking peace and calm in the immediate aftermath of the Delhi riots and his promise to stay committed to the abiding principles of law being clear cases in point.

Those who are blaming Modi today for the Delhi riots ought to remember that for the prime minister of the host country, negative headlines generated by the world Press from his own backyard, in the presence of an American president, are the last things he would have engineered or envisaged.

The timing of the Delhi riots couldn’t have been any worse with US President Donald Trump in town. Going by that logic, there is enough reason for one to believe that it’s not Modi backers but Modi detractors who had a lot to gain from the Delhi carnage in Trump’s presence — an embarrassment that would be hard for the PMO to explain or digest.

Apart from the timing of the Delhi violence, what one ought to factor-in also is the role of social media. We live in an age and time where the power of the ethernet is all-pervasive.

This open-ended nature of technology for mass consumption and the penchant among a section of its users with a political motive to magnify shortcomings on the other side of the socio-political or ideological divide have resulted in a heady concoction of half-truths and convenient versions of truth showcased as gospel.

A Rajiv or even a Vajpayee never had to grapple with such a contagion, whereby, their ability, or the lack of it, was constantly put under a microscope called social media. In that sense, Modi’s task is far more unenviable than any other former occupant of the PMO: Battling half-truths and hearsay within the framework of protocol.

And yet, Modi has tried his best to stay ahead of the game – repeatedly.

Blaming him for anything and everything that generates a negative headline in India today is the easiest of tasks, but try stepping into his shoes for a day and you’ll realise what I mean!