How Modi triumphed when other world leaders fumbled 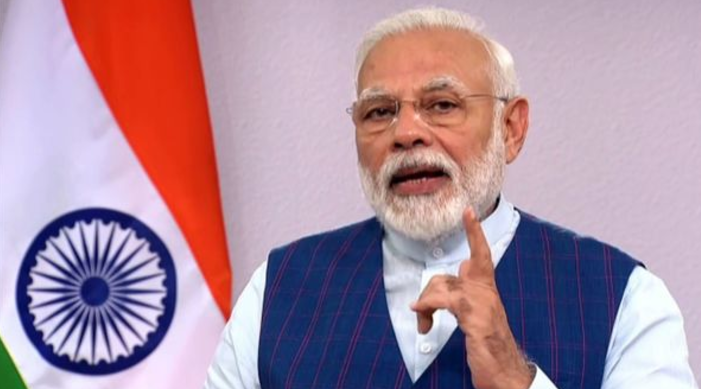 Never before in world history have all the global leaders been put under such an instant stress test to respond to a common crisis. The Coronavirus pandemic is proving to be the worst catastrophe faced by leaders as it tested their leadership acumen and resolute decision capabilities. Several leaders stumbled by ignoring early warnings and trusting more on their instincts rather than being proactive in handling the situation.

The U.S. president, Donald Trump, started by belittling the crisis when it was alerted to him as early as in January thinking that it will just wash away like flu. On the other hand, Boris Johnson, the boisterous UK prime minister, who could solve the complex Brexit crisis, failed miserably in reacting timely to the Corona situation. He even tried to downplay it saying he will continue to shake hands and he would not allow lockdown in the UK and instead will let his citizens face the virus through their immunity. But his strategy boomeranged so badly that he himself got infected by the Coronavirus making the situation spiraling out of control.

Then finally our neighbor country Pakistan’s Prime Minister Imran Khan acted more like an extra player of a cricket team than the man in-charge of his country. He appeared to be clueless in comprehending the situation and left it to local regional leaders to manage the situation without any national strategy.

Here is where Indian Prime Minister Narendra Modi triumphed compared to key world leaders as they fumbled badly in managing the crisis. Modi has not only handled the crisis well but also smartly corrected his past governance mistakes under the pretext of Corona crisis management. He was leading from the front and continued to use his trademark populist style but at the same time he has brought in the best practices of inclusive governance. This observation is further elaborated with the help of following points.

• Having the right person to do the right job: It is a fact that several of Modi’s cabinet ministers are inexperienced for their positions which caused major embarrassment to his government in the past. But in the current scenario, Modi had the right man, Dr. Harsh Varadhan, managing the health ministry, who not only advised Modi in time but assembled strong expert panels to guide the government throughout the crisis. The results showed up with better planning, early national lockdown strategy and continuous guidance being provided to state governments to combat the crisis. Modi must have now realized the importance of picking the right persons for the job to efficiently deliver for him.

• Direct communication with all stakeholders: Modi reached out to all stakeholders directly including state CMs, opposition party leaders, media heads et al for suggestions which has created an inclusive environment that was missing during earlier national issues such as Article 370, Triple Talaaq, CAA/NRC, etc. Modi also pushed Ami Shah to backroom management this time in a soft attempt to repair the damage caused by him with an awful messaging during the anti-CAA movement.

• Empowering state governments: Modi has taken state governments into confidence in the execution of the lockdown strategy and was in constant touch with them for future planning. This has worked well as state governments have the right resources and infrastructure on the ground to carry out the central government’s vision. This strategy was missing in Modi’s previous policies such as demonetization and CAA when state governments ended up reacting to the crisis triggered by the Center creating a lot of heartburn. The finest outcome of this inclusive approach came when all CMs including of opposition parties whole heartedly supported Modi’s initiatives of collective clapping and lightening of lamps showing the true national spirit.

• Containing communal color to virus spread: Although it came to light that Nizamuddin congregation was one of the primary sources for the virus spread in the country, Modi and his BJP lieutenants restrained from making any negative speeches except that there were certain social media elements trying to demonize the minority community. In general, Modi’s government handled this sensitive situation in a matured way.

• Restarting of SAARC collaboration: Modi also used the Coronavirus situation to restart the SAARC dialogue which was stalled by India. It was a welcome change to see that India has taken the lead to better collaborate and support each other's neighbors during this crisis situation.

It is really heartening to see that Modi could do a course correction and ensure that India could come together as ‘One Nation’ during this pandemic after bitter and polarized moments during the CAA crisis. There are significant benefits of inclusive federalism as diverse knowledge and synergies can be leveraged across the states. We can hope that Modi and his government will continue to pursue this newfound progressive collaboration for the betterment of society and India.