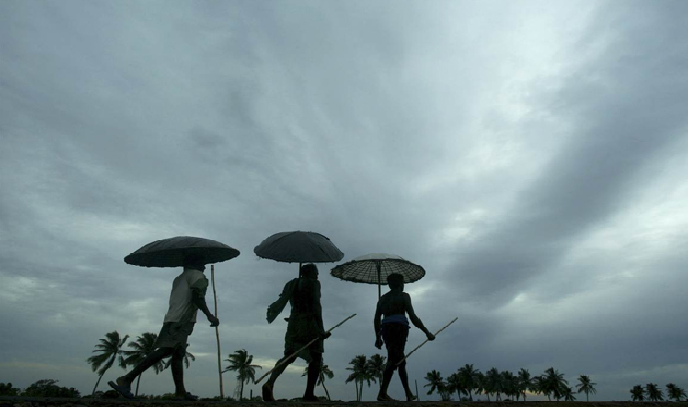 ‘Jal Shakti Abhiyan’—is all set to combat the present health crisis and give a boost to the rural economy through its various components. This year owing to the COVID-19 emergency, and availability of large labour force in rural areas, the Abhiyan has started gearing up for the impending monsoon.

In a first of its case a Joint Advisory has been issued from the Department of Rural Development, Dept. of Water Resources, River Development & Ganga Rejuvenation, Dept. of Land Resources & Dept of Drinking Water & Sanitation to all the Chief Secretaries of all States/ UTs, in context with the impending monsoon this year and the preparations to be done for water conservation and recharge which is of utmost importance for our country.

Last year Jal Shakti Abhiyan was launched and it covered 256 water stressed districts across the country. This ‘Abhiyan’ is a mass movement to bring all the stakeholders under one ambit of water conservation drive, and last year it had a nationwide impact. Under this Abhiyan more than six and a half crore people became part comprising of State Govts, Central Govt, Civil Society Organisations, Panchayati Raj Institutions and Communities. More than seventy- five lakh traditional and other water bodies and tanks were renovated and around a crore water conservation & rainwater harvesting structures were created.

Encouraged by the response, a wider and more intensive strategy was planned for this year. But owing to the current health emergency, Central Govt officials will not be deployed in Abhiyan this summer. In view of it, it will be ensured that all available resources be optimally deployed to catch the rain during the monsoon this year and preparatory activities are also well placed.

Ministry of Home Affairs have allowed to take up MNGREGS works/ drinking water & sanitation works during lockdown with priority to be given to irrigation and water conservation works. Central and State sector schemes in irrigation and water conservation sectors have also been allowed to be implemented with suitable dovetailing with MNREGS works. It will be further ensured that all works are undertaken with strict implementation of social distancing, use of face covers/ masks and other necessary precautions. Rejuvenation of traditional water bodies, removal of encroachments in the water bodies, desilting of lakes & ponds, construction/ strengthening of inlets/outlets, catchment area treatment can be taken up on priority. Similarly, rejuvenation of small rivers through community driven River Basin Management practices may also be initiated. Such activities would ensure water source sustainability in rural areas and would strengthen the ongoing Jal Jeevan Mission being implemented by Ministry of Jal Shakti. In addition to it the Village Action Plan (VAP) prepared by local community for Jal Jeevan Mission will provide a solid framework to the rural activities.