Mancherial NRI student raises Rs 5 lakh for India from US 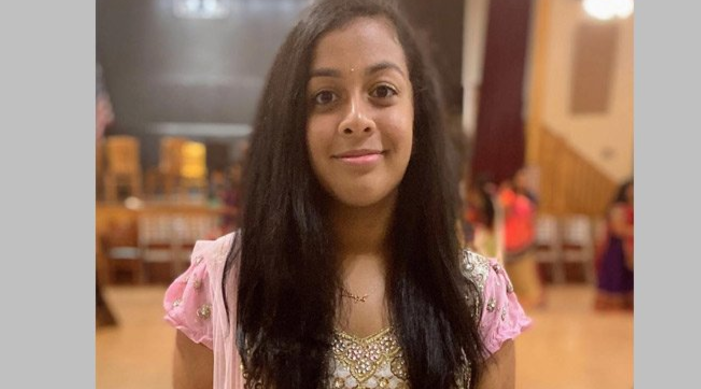 Mancherial: Gaddam Bhavya Reddy, a 12 year-old-girl from the US has proved that love for motherland can be expressed from any part of the world

The granddaughter of former Mancherial MLA and TRS leader Gaddam Aravinda Reddy, Bhavya raised US Dollar 4,500 (Rs 5 lakh) with the help of donors to extend support to the people affected by the lockdown imposed to tackle COVID-19 pandemic in India.

She launched a campaign titled “Do Something” on Gofundme.com, seeking help from donors about five days ago.

The Grade X student posted a video message on her twitter handle narrating the need to help those hit by the pandemic in this country. “Many people lost their jobs because of the pandemic. There are lots of people in India without basic necessities such as food,” she stated in the message. She appealed to her friends and philanthropists to generously donate funds to help her grandfather in providing rations to the needy.

“Bhavya’s online campaign evoked an overwhelming response. Responding to her plea, many kind hearted people from the USA contributed funds for the cause. The funds are being utilised for buying essentials which are being distributed to the poor, daily earners, tailors and other communities and tradesmen who were hit by the lockdown in Mancherial district,” Aravinda Reddy told Telangana Today.

Aravinda Reddy gave the groceries to around 2,000 lockdown-affected families in Sangamayyapalli, Tilaknagar, Rajivnagar, NTR Nagar, Nazeerpalli and many other parts of Mancherial town for the last few days.

A native of Johnson city in Tennesse state of the US, Bhavya Reddy is the daughter of G Lavanya and radiologist Avinash Reddy. Lavanya is the elder daughter of Aravinda Reddy who have been residing in America since 17 years.

A staunch follower of TRS, Aravinda Reddy has been associated with the out since 2001. He had won twice by contesting on the ticket of this party in 2009 general elections and in by-polls of 2010.