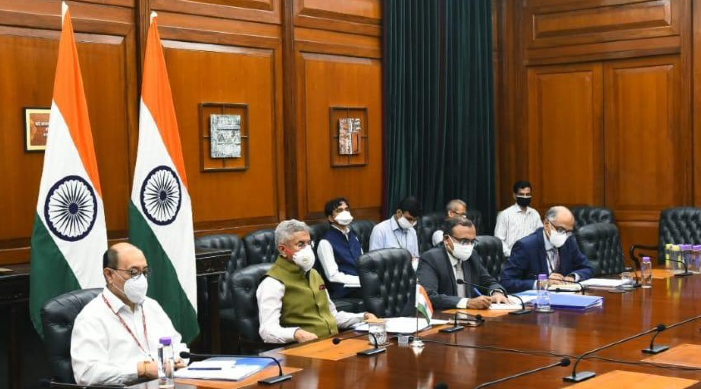 With the COVID-19 pandemic severely impacting the global economy and output by disruption of global trade and supply chains, there is a need to provide support to businesses to tide over the crisis, External Affairs Minister S Jaishankar said on Tuesday.

He was speaking during a video conference of the foreign ministers of BRICS, a bloc of five leading nations, with a focus on deepening mutual cooperation in dealing with the coronavirus pandemic.

The minister emphasized that the current challenge underlines all the more the need for reform of multilateral systems and that reformed multilateralism was the way forward, a press release issued by the Ministry of External Affairs (MEA) said. During the video conference, Jaishankar referred to the centrality of development and growth in the global agenda.

Jaishankar apprised the BRICS Foreign Ministers about the initiative to coordinate efforts to contain COVID-19 in South Asia, and creation of COVID-19 Emergency Response Fund by the SAARC countries. India is providing pharma assistance to nearly 85 nations, including many countries in Africa, on a grant basis, to support their response to the pandemic, he said, according to the MEA press release.

The BRICS (Brazil-Russia-India-China-South Africa) formation represents over 3.6 billion people, or 42% of the world population, with a combined GDP of nearly USD 16.6 trillion.