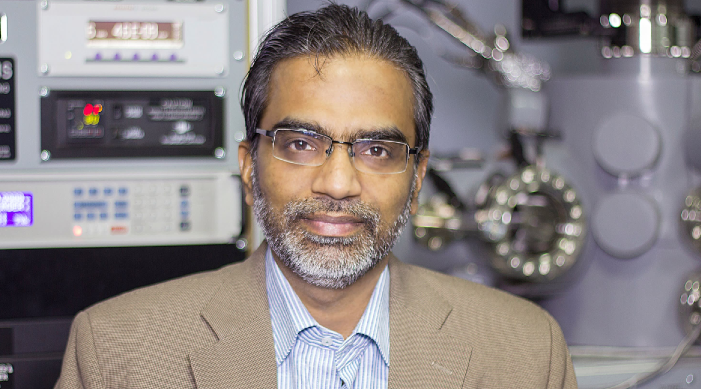 TOKYO -- India's northern state of Punjab, bordering Pakistan, is known as the country's breadbasket, thanks to its abundant groundwater, which flows down from the Himalayas.

Much of that water, however, is contaminated with naturally occurring arsenic and iron. People in rural areas, or the poor who rely on well water in Punjab have long been faced the threat of poisoning, every time they take a drink.

But help is at hand, thanks to a water purification technology developed by Thalappil Pradeep and his team of researchers. Pradeep is a professor at the Indian Institute of Technology Madras, in southern India.

The technology uses metals, rather than expensive reverse-osmosis membranes, to filter water. "I found that nanoparticles of metals (such as silver) break the common pesticides molecules -- by science, which we call reductive dehalogenation," Pradeep said. His filtration system is the world's first drinking water purifier that uses nanotechnology, he added.

Another advantage of Pradeep's system is that it does not use electricity and can be operated continuously with only two 15-minute maintenance procedures a month. It also produces less wastewater than treatment with reverse-osmosis. And the end product is cheap: pure water that costs just 2 paise (0.03 cent) per liter.

Pradeep began wrestling with the problem of water purification when Coca-Cola and PepsiCo soft drinks were found to be contaminated with pesticides in India in the early 2000s.

Bottled water and other soft drinks produced by the giant U.S. companies were found to contain pesticides in concentrations far exceeding the legal maximum, setting off a wave of protests.

Pradeep was looking for a new approach. In addition to purifying water, "our focus was clean water that is available to the bottom of the pyramid," he said. "If you have money, of course, you get clean water. So, I was only interested in clean water technologies for the poor," he said. He set a goal of providing clean water for 5 paise per liter on a commercial basis.

It has not been easy. "I didn't have financial support to build this [water purification facility for research]. If I say this is something that I can give to my Ph.D. students, no Ph.D. student will take it because it is not something that will give [you] a professor's job after the Ph.D. This is not appreciated [in the academic community]," he said.

At university, where researchers are judged by the number of academic papers they publish, it seemed difficult to gain recognition by studying water purification, a number of methods for which were already in use.

But Pradeep never doubted the importance of his work, thinking he should both publish a paper and do water purification research.

He applied himself to the task with zeal, even cutting back on his sleep. He began winning over students, and by around 2006 his lab was humming like a startup company. "When you do something good, I think many people support you, and you need to build that base," Pradeep said.

At first, the research focused on removing agrochemicals from water. The target was later widened to include contaminants such as arsenic and iron. Once the technology was established, students at IIT set up a business and commercialized it. Around 2013, they started cleaning up water on a large scale. The system can purify a liter of water every 10 seconds.

At present, more than 80 purification units using the technology have been installed in Punjab, providing arsenic-free drinking water to about 150,000 people. The purifiers are also in use in other states, including Uttar Pradesh, Bihar and West Bengal, providing clean drinking water to more than 7.5 million people.

"He truly aims to provide an environment in which Indians can drink clean water without anxiety, using the nanomaterials he developed independently," said Pradeep's good friend Tatsuya Tsukuda, a professor at the University of Tokyo. "It is his life's work, which he is doing not for profit but from love for humanity."

IIT Madras established International Centre for Clean Water, a facility to foster cooperation between industry and academia in water research at its campus in Chennai in 2018. "We would welcome anyone who wants to work on water research," said Pradeep, who now heads the facility. Its doors are open to universities, companies, governments and nongovernmental organizations