In Imran Khan’s Naya Pakistan, a minority commission without minority 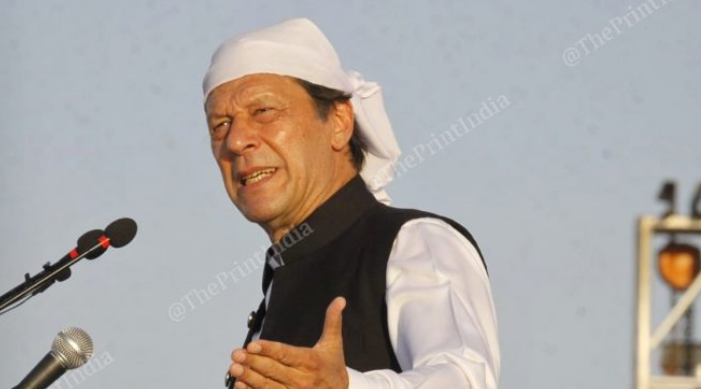 A minority commission without a ‘minority’ is what Pakistan is promising its minorities.

Every turn the government of Imran Khan takes regarding the welfare of Ahmadiyya community ends up in a U-turn. After all, there is nothing new in Naya Pakistan when it comes to protecting the beleaguered Ahmadis.

The latest controversy involving the Pakistan Tehreek-e-Insaf (PTI) government began with the cabinet deciding to include the Ahmadis in the National Commission for Minorities. All hell broke loose by the mere mention of their representation. Within hours, a vile campaign against the community started on social media, labelling Qadianis as traitors, calling them the worst infidels in this world.

The hate campaign
Joining this hate chorus, minister of state for parliamentary affairs Ali Muhammad Khan tweeted: Beheading is the only punishment for those who mock Prophet Mohammad. Ali Muhammad is the same politician who vehemently opposed the child marriage bill last year, telling a Hindu legislator that he had no right to present an anti-Islam bill.

Meanwhile, PTI’s coalition partner Chaudhry Shujaat Hussain showed his disdain, saying the government was opening a Pandora’s box by suggesting that the Ahmadis become part of a minority body when they don’t consider themselves as minorities.

Two voices from within the government, and a troll army on social media were enough for the religious affairs minister Noorul Haq Qadri to shun the “rumours” that the PTI government had made any suggestion to include Ahmadis in the National Commission for Minorities.

The formation of this commission hasn’t pleased other Pakistani minority groups either. They are urging Imran Khan to constitute this body under an Act of Parliament, rather than with cabinet notifications. The demand is to establish something on the lines of the minority commission in India, which was formed after the Liaquat-Nehru Pact of 1950 between Pakistan and India for protection of rights of minorities in both these countries. In 2014 then chief justice of Pakistan, Tassaduq Hussain Jillani, mandated the government to constitute a taskforce to safeguard the rights of minorities. But to no avail. There are apprehensions that this new commission proposed by the Imran Khan government will be an ineffective body with little or no powers.

PTI, the master of U-turns
Why does the PTI government always start something that it can’t complete?

This is a Déjà Vu for the government. Succumbing under the pressure of religious groups is nothing new for the PTI.

In September 2018, soon after he came to power, Imran Khan removed renowned economist Atif Mian from his economic advisory board because of his Ahmadi faith. In 2014, Khan had revered Mian as one of the top 25 economists in the world. He had gone on to name him as his future finance minister. But when Khan was questioned on Mian’s faith and his stand on the finality of the prophethood, the prime minister made a U-turn.

It is criminal how successive governments in Pakistan have failed the religious minorities by surrendering to the pressure groups at the drop of a hat, starting from the time when Ahmadi Muslims were declared a minority by the government of Zufliqar Ali Bhutto through the second amendment in 1973. The decades following this move saw the worst kind of persecution of the Ahmadis. Now under articles 298(b) and 298(c) of the Penal Code Ahmadis preaching or professing their beliefs could go to jail, could be booked under blasphemy and the discrimination at the societal level knows no bounds. Even the mosques of the community and their graveyards have been targeted. All this under the patronage of the state of Pakistan.

Defining minority in Pakistan
To suggest that “non-inclusion of any Ahmadi in the commission is because they do not fall in the definition of minorities” is laughable. What definition do they fall in? Pakistan itself declared Ahmadis non-Muslims. Now, if Ahmadis are not minorities then what social contract do they have with the state of Pakistan? Does Pakistan consider its Ahmadis citizens even human?

The issue of Khatam-e-Nabuwat or finality of the Prophet is a handy political tool. Every political party has used it as a weapon against the other when in opposition and the tables turn when the party is in government. Just the way Imran Khan exploited the ‘change of oath’ issue against PMLN government during the 2017 sit-in of Khadim Hussain Rizvi. Rizvi had then accused the government of committing blasphemy by changing the words of candidate election oath from ‘I solemnly swear’ to ‘I believe’.

The vicious cycle goes on. And the only casualties are the persecuted Ahmadis, and not any political party.

In its annual report the United States Commission on International Religious Freedom again identified Pakistan among the Countries of Particular Concern. The body noted that the religious freedom conditions across Pakistan continued to trend negatively. The systematic enforcement of blasphemy and anti-Ahmadiyya laws, and authorities’ failure to address forced conversions of religious minorities—including Hindus, Christians, and Sikhs—to Islam, severely restricted freedom of religion or belief.

Imran Khan’s attacks on India over its treatment of the Muslim minority now stand blunted with his own government’s poor track record on minorities in Pakistan. Can he get his minorities to be considered a minority first, please? Fighting for their rights shall come later.

Whenever incidents of violence against Muslims in India are reported, some Pakistanis want to “thank Jinnah for saving them”. Wish the Ahmadis who played a pivotal role in building Pakistan could one day thank Jinnah too.

(The author is a freelance journalist from Pakistan.