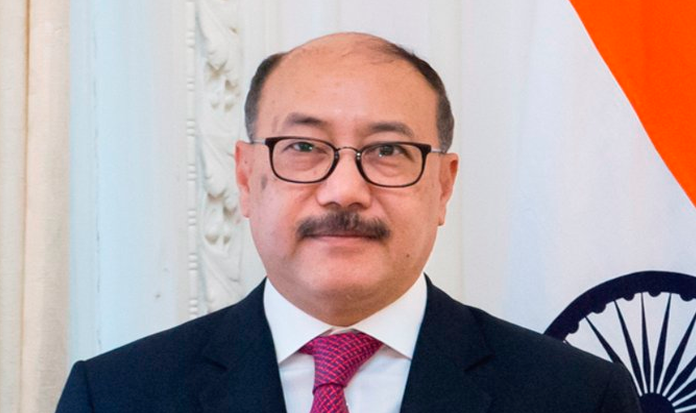 India has always called for fairness and equity in addressing challenges arising from armed conflicts, economic shocks or climate change or the present form of pandemics.

He said there is international mechanism to respond to inter-state conflicts, natural disasters, epidemics and pandemics, yet there is no such thing to deal with Covid-19. “We are still dealing with what the international community could do to address such situations,” the Foreign Secretary said while speaking on the topic of health and multilateral diplomacy.

The Foreign Secretary said in spite of common understanding and coordination at the international level to fight the pandemic, “major gaps exist.” He warned that catastrophic biological events could occur again. “There is a need for an international conversation that will be focused on improving the capacities to respond to such future mega-disasters,” Harsh Shringla said.

He added that the coronavirus pandemic has delivered a huge shock to the global system. It is as if “life has been brought to a standstill by a giant pause button. We are struggling, individually, as a nation, and as an international community to cope with the shock and its many impacts – immediate and future,” he said.

He said India has always called for fairness and equity in addressing challenges arising from armed conflicts, economic shocks or climate change or the present form of pandemics.

“The universality of the challenges we face, be it in the present form of pandemics or, as has been the case in the past, challenges arising from armed conflicts or economic shocks or climate change; and the need for fairness, not just equity, in addressing these challenges have been the drivers of India’s emphasis on multilateralism,” the Foreign Secretary said.

He added India has a long record of commitment to the principles and practice of multilateral diplomacy. “Our record of working in and through international organisations is second to none. It is in fact India, under Prime Minister Narendra Modi’s leadership that initiated regional and multilateral consultations on the need for the international community to unite to fight COVID-19,” he said, adding that Prime Minister Modi brought SAARC together on the premise that neighbouring countries had a mutual interest in collaborating on COVID-19.

Similarly G-20, by its very nature, he said, has never been an organization that considered issues other than financial and economic. “The Prime Minister’s intervention at G-20 appealed to the body to deal with global humanitarian issues with the same urgency and importance as it would deal with global financial and economic issues. Recently, the Prime Minister also participated in the NAM Contact Group on COVID-19,” the Foreign Secretary said.