202 Indians reach Kochi on board INS Magar from Maldives 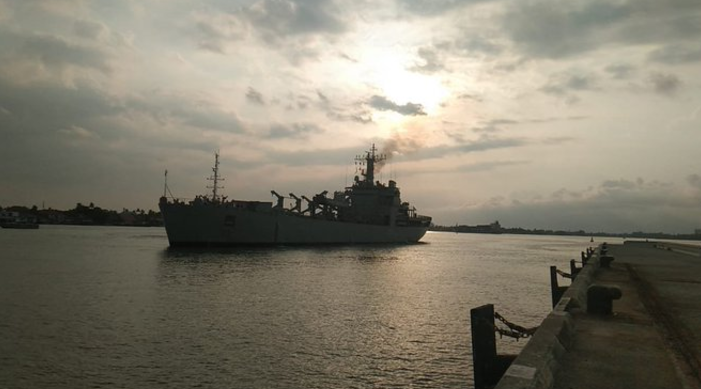 Clearly showing that India cares for its nationals stranded in foreign countries due to Covid-19 created lockdown, the country has set in motion a repatriation process under ‘Vande Bharat Mission,’ the largest evacuation exercise since the 1990 airlift of Indians from Kuwait.

As part of this mission, a second batch of 202 Indian nationals, including 23 women and three children were brought on board Indian Navy’s INS Magar to Kochi from Maldives on May 12.

As per the statement issued by the Ministry of Defence, the ship had sailed from Maldives late evening on 10 May, and “despite the inclement weather and rough seas, the ship's crew has left no stone unturned to ensure the comfort of the Indian nationals brought onboard, mostly from Kerala and Tamil Nadu.”

“The repatriation was conducted in accordance with standard operating procedure (SOP) prepared by the central government and factoring all possible contingencies,” the MoD in a statement, adding that all precautions for infection control on ships, in conjunction with isolation and quarantine protocols for crew were ensured.

The Ship was received at the Samudrika Cruise Terminal, by the officials from the Kerala government and Port Trust who had streamlined the elaborate process of all mandatory health and immigration procedures and made extensive arrangements for speedy disembarkation, health screening, immigration and transportation for the evacuated Indian nationals.

INS Magar is considered as the lead ship of its class and has an illustrious history in rendering Humanitarian Aid and Disaster Relief (HADR.) Indigenously built by Kolkata-based Garden Reach Shipbuilders and Engineers (GRSE) Ltd, INS Magar, an amphibious ship has undergone modification for training role. The ship had undertaken appropriate logistic, medical and administrative preparations at her base port Kochi prior to the mission.