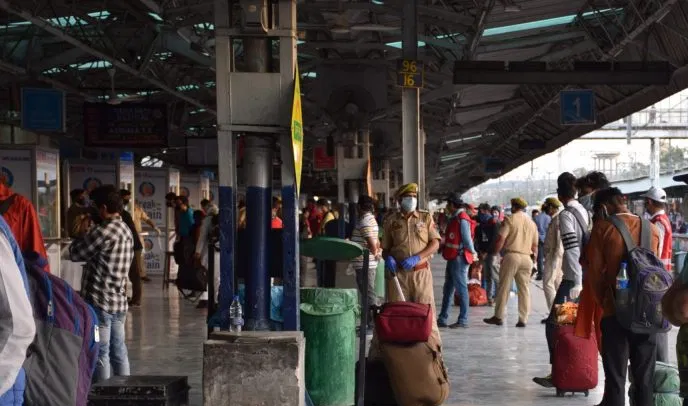 The Jammu and Kashmir administration said nearly 50,000 stranded people have been evacuated from other states, even as three fresh batches of over two thousand residents of the Union Territory reached Jammu in three different trains on Friday.

Over 900 people from the Union Territory reached Jammu this morning from Delhi in Rajdhani express, while another train from the capital carried 523 people to Udhampur district of the region, an official spokesperson said. A train from Aligarh brought 781 J&K residents.

Deputy Commissioner, Udhampur, Piyush Singhla had a brief interaction with the passengers about their journey and facilities, official spokesperson said. He said Singhla informed them that the district administration has made elaborate arrangements for reception and departure of these passengers to their homes in different districts of J&K.

“DC informed that the district authorities are ensuring strict adherence to the guidelines issued by Ministries of Home Affairs and Health & Family Welfare regarding COVID-19 during the boarding and de-boarding process in the district. It is being ensured that the passengers observe social distancing and wear masks,” the official spokesperson added.