CIC to hear RTI applications from Ladakh, Jammu and Kashmir from May 15 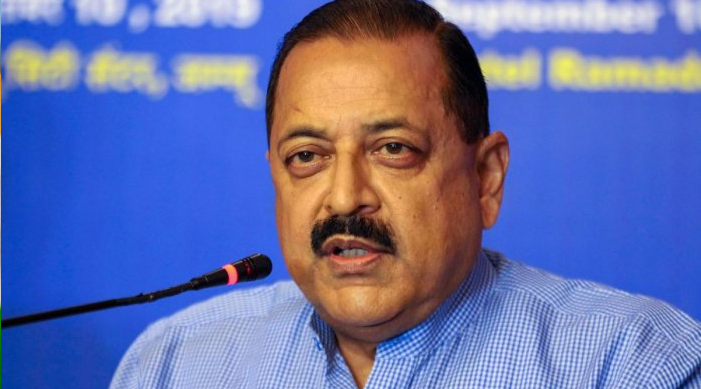 The role of the Central Information Commission came after the repealing of local laws from October 31, 2019

The Central Information Commission will start hearing appeals and complaints of RTI applicants pertaining to Union Territories of Jammu and Kashmir and Ladakh from Friday, nearly nine months after the erstwhile state was split into two union territories ending its special status and local laws.

In order to overcome the lack of 4G facility for video calls, the commission will use audio links to hear issues of RTI applicants from Jammu and Kashmir.

After the lockdown was announced by the Centre to control the spread of coronavirus pandemic in the country, the Commission is using audio and video links to hear complaints and appeals of petitioners.

Chief Information Commissioner Bimal Julka spoke to the Lieutenant Governor of Jammu and Kashmir through video-conferencing on Thursday to discuss preparedness for implementation of the RTI Act 2005 in the UT.

"Both sides noted each other's concerns and it was also decided to hold webinars to educate the CPIOs/ first appellate authorities in due course. More such conferences are scheduled in future too," a senior officer said.

"The commission will start hearing matters pertaining to Jammu and Kashmir and Ladakh from Friday. We have taken a proactive initiative to provide justice at the doorstep to the citizens of Jammu and Kashmir," Julka told PTI.

The role of the Central Information Commission came after the repealing of local laws from October 31, 2019, which included the Jammu and Kashmir RTI Act which was replaced with the Right to Information Act, 2005.

The Centre had bifurcated the state into two Union Territories -- Jammu and Kashmir, and Ladakh -- from October 31, 2019 after passing of the Jammu and Kashmir Reorganisation Act 2019 in August last year.

Julka also met Union Minister of State for Personnel Jitendra Singh on Thursday, according to a government statement.

Applicants from Jammu and Kashmir and Ladakh can file RTI applications from home and no one has to travel outside even for appeals to the CIC, Singh said.

This will usher in a new culture of "justice from home", he said.

The applicants from the two union territories can file first appeal before the officers designated and can avail the facility of hearing from home for second appeal before the CIC, he said.Moreover, people can file RTI applications anytime through the online mechanism, he said.

"Any citizen of India can now file RTI pertaining to matters related to J&K and Ladakh, which was reserved to only Citizens of erstwhile State of Jammu and Kashmir, before the Reorganisation Act of 2019," he said.

The minister said till May 10, 2020, 111 second appeals and complaints (fresh cases) from the UT of Jammu and Kashmir have been registered in the CIC consequent to the Reorganisation Act, 2019.

"Training for CPIOs (central public information officers) and FAAs (first appellate authority) is being planned and registration/alignment of Public Authorities of Union Territories of Jammu and Kashmir and Ladakh on RTI online portal of DoPT is also being taken up with DoPT," he said.