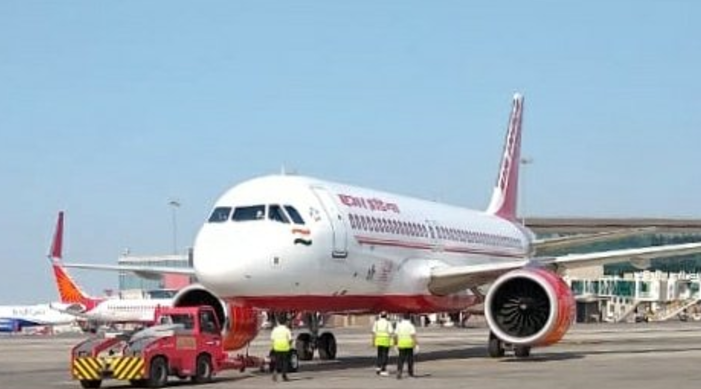 From May 7, India has begun repatriation of its citizens stranded abroad, due to various lockdown restrictions, under the Vande Bharat Mission

The Ministry of External Affairs has said that the Centre does not discriminate between the states and that the recently launched repatriation exercise - Vande Bharat Mission - is meant for all Indians stranded due to coronavirus lockdown.

Replying to West Bengal Education Minister Partha Chatterjee’s allegation of discrimination, MEA spokesperson Anurag Srivastav tweeted late on Thursday, "MEA does not discriminate between states. Government of India`s Vande Bharat Mission is for all stranded Indians, including those from West Bengal. Over 3700 of them have registered for repatriation from different parts of the world."

The MEA spokesperson`s tweet was in response to questions raised by Partha Chatterjee over India`s largest repatriation exercise, alleging discrimination by Centre against the people of West Bengal.

The MEA spokesperson tagged the tweet by Chatterjee further said, "Will gladly facilitate flights to Kolkata if the state government will confirm arrangements to receive and quarantine. Will also help in return of West Bengal residents through land borders with neighbours. We hope to receive an early response on the matter."

The West Bengal Education Minister later replied to the MEA spokesperson`s tweet and said, "Bengal will welcome its people from any part of the world with open arms and since Honourable Prime Minister (Modi) is talking about `vocal for local`, why can't we have our poor migrant brothers & sisters reach their homes in these special flights instead of walking barefoot for thousands of km?"

West Bengal government and Centre have been at loggerheads over several issues pertaining to the governance and other policy matters. India began from May 7 the phased repatriation of its citizens stranded abroad, due to various lockdown restrictions, under the Vande Bharat Mission.

It may also be recalled that a war of words had erupted between the centre and the state government after Home Minister Amit Shah alleged Mamata Banerjee regime was not cooperating over migrant workers’ issue. In his letter to Mamata, the Union Home Minister stated that the West Bengal government is not allowing trains carrying migrant workers to reach the state, which may further create hardship for the labourers.

The Home Minister said migrant workers from West Bengal are also eager to reach home and the central government is also facilitating the train services.

"But we are not getting expected support from West Bengal. The state government of West Bengal is not allowing the trains to West Bengal. This is injustice with West Bengal migrant labourers. This will create further hardship for them," Shah wrote in his letter to the Trinamool Congress chief.

Prior to that, the Centre and the Bengal government clashed over an IMCT (inter-ministerial central team), which recently visited the state to review its handling of the COVID-19 crisis.