'More power to India-US friendship', PM Modi thanks US President for ventilators 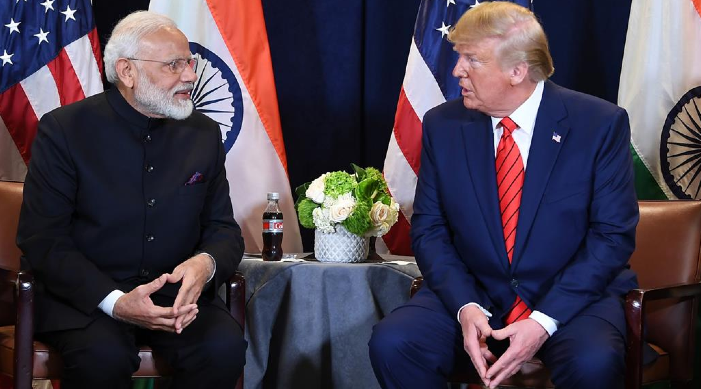 Prime Minister Narendra Modi on Saturday thanked US President Donald Trump for his decision to donate ventilators to India. “Thank you @POTUS @realDonaldTrump. This pandemic is being fought collectively by all of us. In such times, it’s always important for nations to work together and do as much as possible to make our world healthier and free from COVID-19,” PM Modi said in his tweet. He also termed the gesture as “More power to India-US friendship.”

Known for his quick decision, Donald Trump in his tweet said, “I am proud to announce that the United States will donate ventilators to our friends in India.” He also added, “We stand with India and Prime Minister Narendra Modi during this pandemic.”

This speaks volume of personal chemistry between the two leaders and their common desire to advance the cause of a healthier and peaceful world. Nowhere was it more pronounced than India’s decision to ship 50 million hydroxychloroquine tablets to the US last month.

Desperate for anything that could alter the course of the coronavirus, which has so far killed over 87,000 people and more than 1,450,900 are reported to be suffering from the disease, the US urged India to lift the ban on the anti-malarial drug, touted by the US as the potential medicine for the treatment of Covid-19. In response to it, India not only supplied the drug to the US but also to more than 100 countries since last month.

“Extraordinary times require even closer cooperation between friends. Thank you, India and the Indian people for the decision on HCQ. Will not be forgotten! Thank you, Prime Minister Narendra Modi for your strong leadership in helping not just India, but humanity, in this fight!” Trump had tweeted.

Indeed, the crisis triggered by Covid-19 has taught many lessons to India and the US on health and economic fronts and the two strategic partners of the world want to learn them to keep their future safe and secure. The US President in his tweet said, “We (US and India) are also cooperating on vaccine development. Together we will beat the invisible enemy!”

Trump recently declared that his country was hopeful of a breakthrough by the end of this year. He also announced the appointment of Moncef Sloui, the former head of GSK vaccines, and four- star Army General Gustave Perna to lead “Operation Warp Speed.” He Compared his administration’s move to provide $10 billion to support medical research against coronavirus with the Manhattan Project during World War-II that led to the development of nuclear weapons. However, he said when the vaccine would be ready the military would be enlisted to distribute it.

Similarly in India, ten premier research institutions have been allotted funds to study the future transmission of the virus and its end. Nevertheless, the crisis has brought India and the US together. On May 13, External Affairs Minister S Jaishankar had a productive discussion on coronavirus with US Secretary of State, Mike Pompeo and Foreign Ministers of Australia, Brazil, Japan, Israel and South Korea.

Though this discussion was held through video conferencing, India and the US are holding talks on Covid-19 on a regular basis. In April alone, EAM Jaishankar and US Secretary of State Pompeo had held talks twice over phone—first, on April 1 and second, on April 23, indicating growing mutual understanding and respect between the two countries. In the last week of February, US President Trump had made a state visit to India, first since entering the White House in January 2017.