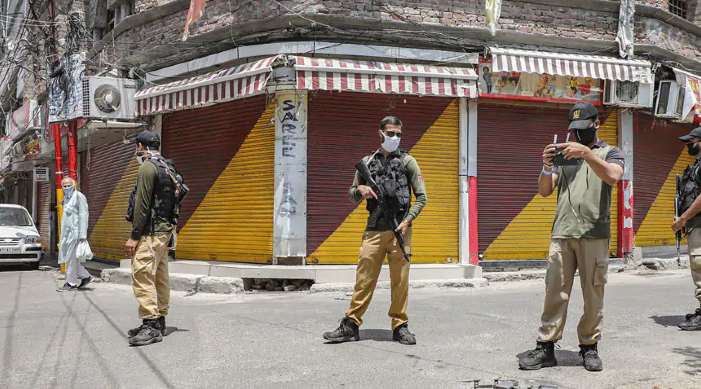 The Jammu and Kashmir Police busted a terror module linked to proscribed terror outfit Lashkar-e-Toiba and arrested five terrorist associates in Budgam on Saturday (May 16).

Acting on a credible input, the Budgam Police along with 53 RR and 153 Bn CRPF arrested a terrorist associate identified as Zahoor Wani from village Arizal Khansaib in Badhane in Budgam district in the jurisdiction of Khansahab police station. On his disclosure, the police busted a terrorist hideout and recovered incriminating materials and a large cache of arms and ammunition.

The man arrested by the security forces is a close associate of LeT terrorist Yusuf Qantroo. The hideout was found some 200 to 300 m away from his house at his own land. During the course of the investigation, four more terrorist associates, identified as Younis Mir, Aslam Sheikh, Parvaiz Sheikh and Rehman Lone, all residents of Khansahib, were also arrested.

As per the police records, all the five associates were involved in providing logistic support and shelter to the active Lashkar-e-Toiba terrorists operating in the area.

A case under relevant sections has been registered at Khansahib police station and further investigation is in progress.