Afghanistan says India one of biggest donors in reconstruction efforts 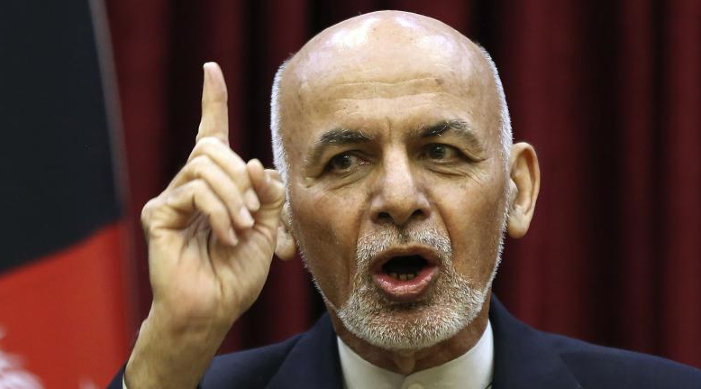 India is one of Afghanistan's biggest donor nations in the war-torn country's reconstruction efforts and New Delhi has been supportive of the peace process, the government has asserted.

Rejecting the Afghan Taliban's statement that India has been playing a negative role in the country for the past 40 years, the Spokesperson of the Ministry of Foreign Affairs, Gran Hewad, said that Afghanistan's relations with India are within international frameworks and based on mutual respect.

Hewad told Radio Azadi that so far India has been cooperating in the development and reconstruction areas and is expected to contribute to the peace process as well.

“India is one of the biggest donor countries and has helped Afghanistan in development and reconstruction areas, we appreciate their cooperation. We expect India and other neighboring countries to play a significant role in Afghan peace process,” Hewad said.

The Deputy of Qatar-based Taliban political office, Mula Abas Stanekzai, recently alleged that during the last two decades, India has only cooperated and kept ties with those who are corrupt and have been put in power by foreigners not elected by the Afghan people.

He mentioned that India should cooperate with Afghan peace process.

US Representative for Peace and Reconciliation Zalmai Khalilzad had discussed the Afghan peace with Indian officials and sought their cooperation during his visit to India. Khalilzad was in New Delhi earlier this month.

Afghan political analyst Khalid Sadaat told Radio Azadi that if the Taliban continues to make such remarks, it will hurt Afghanistan's diplomatic ties in the future.

“Taliban should not give themselves this liberty to make country and state-level remarks, as it will have negative consequences for Afghanistan in the future.

Saddat further said that considering the peace process, the Taliban should try to foster good relations with all the countries to have their present and future support.

On Monday, Afghanistan's Acting Minister of Foreign Affairs Mohammad Haneef Atmar held a video conference call with External Affairs Minister S Jaishankar. Both the sides discussed issues of mutual interests including those pertaining to the economic and security cooperation and the Afghan Peace Process.

Meanwhile, India on Sunday welcomed the power-sharing deal between Afghan President Ashraf Ghani and his rival Abdullah Abdullah after months of bitter disputes over the results of last year's presidential election that pushed the country into a political crisis.

As per the deal, Ghani will stay as the president while Abdullah will helm the High Council of National Reconciliation (HCNR) which has been mandated to lead future peace talks including with the Taliban.

There have been global concerns over Pakistan's support to the Taliban and other terror groups operating in Afghanistan.

Days before inking of the peace deal between the US and Taliban, India conveyed to the Trump administration that pressure on Pakistan to crack down on terror networks operating from its soil must be kept up.

India's support is guided by the needs and priorities of the government and the people of Afghanistan; activities are undertaken in partnership with the Afghan government; and projects are spread across Afghanistan in a wide range of areas.

The most important symbol of India's assistance in the reconstruction of Afghanistan has been the construction of the multipurpose Afghan India Friendship Dam (AIFD). The project was inaugurated in June 2016. It has an installed capacity of 42 MW and supplies water for irrigating 75,000 hectares of land.

Chabahar Port, located in the Sistan-Baluchistan province in Iran, is an important infrastructure development project being currently undertaken by both India and Iran for enhancing sea-land connectivity with Afghanistan and the Central Asian Region.

India has constructed a 218-km road from Zaranj to Delaram for facilitating the movement of goods and services to the Iranian border. The highway, completed in 2010, connects Iran with the Garland Highway, which links Kabul, Kandahar, Mazar-e-Sharif Herat and Kunduz.