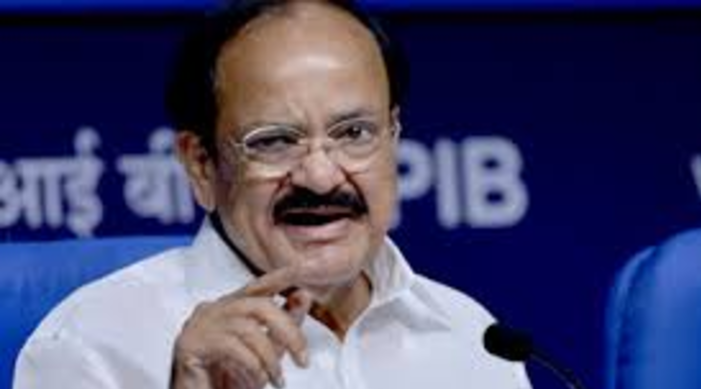 As per the Vice President, the coronavirus has shaken the fundamentals of life, what affects one person anywhere affects everyone everywhere

Vice President M Venkaiah Naidu on Monday stressed on the need for new attitudes towards life and humanity amidst indications of the virus likely to stay for longer than earlier expected.

Writing in his Facebook, the Vice President said life can’t be lived in isolation and the virus outbreak has highlighted the inter-connectedness of lives. “What affects one person anywhere affects everyone everywhere, be it the disease or economy,” he maintained in his FB post.

Giving an account of the nature of life ‘Before Corona’, Naidu said that man has emerged a loner in his quest for happiness and material advancement reducing the family and the society to being mere adjuncts and his confidence bordering on arrogance made him believe that he can live alone and all by himself, unmindful of the lives of others.

He wrote, “Stacked with better tools to fight the epidemics than when the pestilence struck humanity earlier and empowered with gene editing, Artificial Intelligence, big data and others man was seeking to play God”.

On the life ‘After Corona’, the Vice President said the virus has shaken the fundamentals of living by oneself and highlighted the need for living in harmony with nature and fellow humans.

“The invisible microbe once again proved that life can change very quickly. It brought into full play the uncertainty that can co-sail with life,” he observed.

The Vice President felt that the pandemic raised questions about the meaning and purpose of life including the nature of relationships with fellow beings and moral issues connected with the current pathways of development given their impacts on nature and equity.

“The virus has highlighted the consequences of economic fault lines in societies created by development pathways in terms of the impacts. Uncertainty continues to haunt the people. Uncertainty is the known source of anxiety which can lead to psychological issues. How to deal with this problem? To stay calm and be confident and adopt a new normal of life”, he said.

Stating that the goal of any civilization is to enhance the likelihood of survival of human beings, Naidu stressed that the corona challenge is more a civilizational issue than that of individual lives and new norms and ethos of living should be evolved to save the present civilization.

Noting that life can’t be lived for long in confinement, Naidu welcomed the new relaxations for lock down 4.0 announced last night.

Referring to the people living with HIV virus that had no vaccine for long time by changing habits, Naidu urged the people to learn to cope with the coronavirus by changing the habits and attitudes towards life and fellow humans, if the virus stays with the people for longer than expected.

The Vice President suggested a 12 point new normal of living during corona times. These includes, Living in harmony with the nature and fellow beings; Knowing that safety and security of lives are interconnected; Rationally analyzing the impact of every movement or action on the spread of virus; Not responding impulsively to the situation and instead living in confidence keeping faith in science which can come up with a solution to the problem; Strict adherence to the behavioral changes ushered in so far like wearing mask, maintaining physical distance and ensuring hygiene; Preventing stigmatization so that the infected volunteer for treatment, Checking disinformation and prejudices against fellow citizens as carriers of the virus and Replacing the sense of collective helplessness by the spirit of the virtue of living interconnected with shared destiny.

The Vice President urged the media of all kind to disseminate correct and scientific information about the virus and the disease instead of presenting them as a catastrophe.