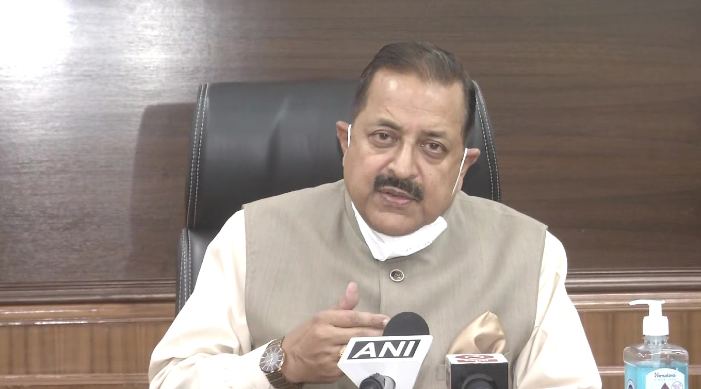 Those opposing the move were exposing themselves to accusations that they had been thriving on the politics of discrimination, the minister said

The Jammu & Kashmir Domicile Rules notification has been described as the dawn of a new era for the Union Territory (UT) by Union Minister Dr Jitendra Singh.

History would prove that this course correction was in keeping with the principle of equality and the norms of a healthy democracy, Singh, who is Minister of State in the Prime Minister’s Office (PMO) said while addressing the media on Tuesday.

Without naming any political leader or party, Singh said that those who were opposing the move were only exposing themselves to accusations that they had been thriving on the politics of discrimination for the past 70 years.

Singh highlighted the resolve of the Narendra Modi government to remove the anomaly that existed earlier and praised the Prime Minister as well as Union Home Minister Amit Shah for the clarity with which the entire exercise was carried out..

Before the change in domicile rules for Jammu and Kashmir, three generations of people had been denied the right to live with dignity, he maintained. The legitimate rights of refugees from West Pakistan and displaced persons from Pak-occupied Jammu and Kashmir (PoJK) had been restored, the Minister pointed out, according to an official statement.

He referred to the experience of officers of All India Services including the Indian Administrative Service (IAS) and the Indian Police Service (IPS) to illustrate the situation in Jammu and Kashmir before the new domicile rules were notified. It was an irony that officer who spent 30 to 35 years of their lives serving in Jammu and Kashmir had to leave and look for some other place to settle after they retired from service.

This was in stark contrast to the situation in other states and Union Territories, where officers could settle down and were even provided with plots of land after retirement, Singh noted.

Children of officers who went to school in Jammu and Kashmir but could not apply for admission to higher educational institutions also faced gross injustice, the Minister said.