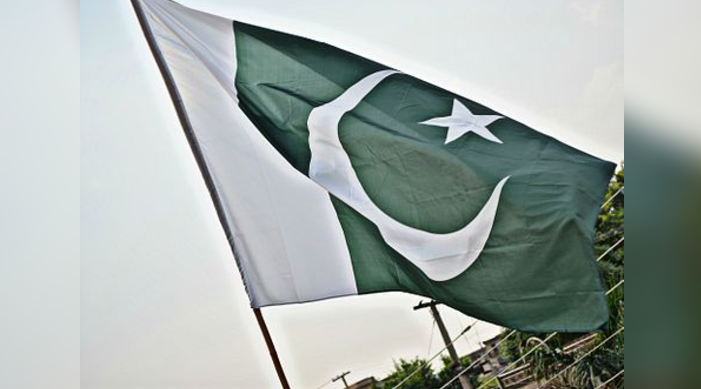 Pakistan’s desire to maintain strategic relations with China has resulted in the $62 billion China-Pakistan Economic Corridor (CPEC), a set of infrastructure projects, being mired in insufficient transparency.

But a Committee formed by Pakistani Prime Minister Imran Khan to examine the causes for the high cost of electricity to Pakistani consumers has lifted the lid on corruption involving Chinese private power producers in Pakistan.

For Pakistan’s citizens, who are always told how China is their most reliable friend in the world, it was a shock to discover that China does business mercilessly and unscrupulously.

Successive civilian governments and Pakistan’s military have looked upon China as their principal backer against India.

China’s consistent strategic support, including help with Pakistan’s nuclear program, is often held out by Pakistan’s military establishment favorably in contrast with the more conditional Pakistani alliance with the United States.

But it seems now that China is not in Pakistan to help its people but rather as a predatory economic actor.

The 278-page report by the “Committee for Power Sector Audit, Circular Debt Reservation, and Future RoadMap” listed malpractices to the tune of 100 billion Pakistani rupees ($625 million) in the independent power generating sector, with at least a third of it relating to Chinese projects.

Given the close ties between CPEC and the all-powerful Pakistan military — the CPEC Authority is currently chaired by Lt. General Asim Saleem Bajwa, who is also the Prime Minister’s Special Assistant on Information and Broadcasting — the Committee treaded softly in relation to the Chinese projects.

According to the committee’s report, “excess set-up costs of Rs. 32.46 billion (approximately $204 million) was allowed to the two coal-based [Chinese] plants due to misrepresentation by sponsors regarding [deductions for] the ‘Interest During Construction’ (IDC) as well as non-consideration of earlier completion of plants.”

The interest deduction was apparently allowed for 48 months whereas the plants were actually completed within 27-29 months leading to entitlement of an excess Return on Equity (RoE) of $27.4 million annually over the entire project life of 30 years in the case of the Sahiwal plant.

The estimated excess payment, keeping in mind the 6 percent annual rupee depreciation against the dollar, works out to a whopping Rs. 291.04 billion (approximately $1.8 billion).

The Chinese company HSR claimed IDC based on a long-term loan at the rate of LIBOR +4.5 percent for the length of the entire construction period, even though it borrowed no money during the first year of construction and used only short-term loans at substantially lower interest rates during the second year.

The magnitude of profiteering by the Chinese companies is incomprehensible. The two projects examined by the Pakistani experts’ Committee were worth $3.8 billion at the time of their launch. The Committee found over­payments of Rs. 483.64 billion, which amounts to $3 billion at current rates of exchange.

In its report, the Committee recommended that Rs. 32.46 billion (approximately $204 million) be deducted from the project cost of PQEPCL and HSR; the return payment formula be corrected to reflect actual construction time; and Tariff of PQEPCL and HSR be adjusted accordingly.

This is over and above the profits that the companies would have made without subterfuge. Imagine the return the Chinese will generate on the $62 billion CPEC projects. These numbers are way too large to have been missed as oversight or malfeasance of individuals within the companies and their Pakistani counterparts.

The experience of the Sri Lankan and Maldives governments suggests that these overpayments are generated with the complicity of leaders in the Pakistan government and the loot shared by all parties.

Pakistan’s economy has been teetering on the verge of bankruptcy for some time and the COVID-19 pandemic has made the situation even worse.

Instead of reforming their country’s policies, Pakistan’s leaders, once again, sought debt restructuring and waivers on account of the pandemic, just as they previously sought international assistance as a reward for fighting terrorism.

But expecting the international community to repeatedly bail Pakistan out from one economic crisis after the other is unrealistic. Massive military expenditure, deep rooted corruption, and lack of accountability are at the heart of Pakistan’s perennial and ever widening gulf between revenue and expenditure.

Now, it seems, Chinese investments have become a new liability. The International Monetary Fund (IMF) has been pushing Pakistan’s officials to raise taxes and power tariffs, effectively asking the Pakistani public to foot the bill for China’s rapacious practices.

The United States and Western financial institutions should not help Pakistan’s ruling elites in their own and China’s predatory behavior. The people of Pakistan deserve better.

Husain Haqqani, director for South and Central Asia at the Hudson Institute, was Pakistan’s ambassador to the United States from 2008 to 2011.