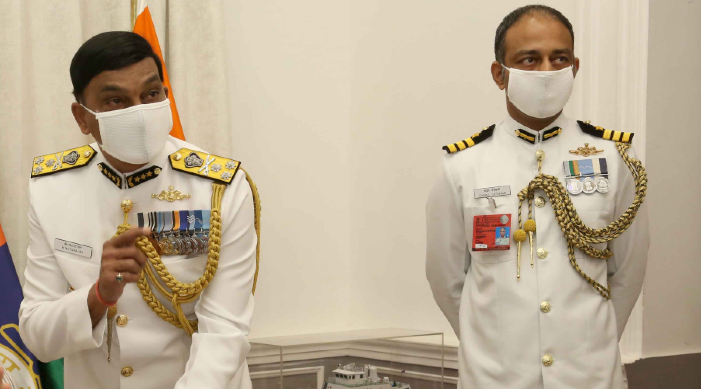 Defence Minister Rajnath Singh on Tuesday held a telephonic conversation with Australian Minister of Defence Linda Reynolds, and they discussed their countries’ respective responses against the COVID-19 pandemic.

Rajnath Singh informed Linda Reynolds of India's contribution to international efforts against COVID-19 and discussed areas of mutual cooperation in the global fight against the pandemic.

As per the statement issued by the Ministry of Defence, the two defence ministers also agreed that India-Australia Strategic Partnership provides a good basis for both countries to work together along with other countries in this regard to deal with the post COVID-19 related challenges.

Both ministers conveyed their commitment to take forward the initiatives of bilateral defence and security cooperation under the framework of the India-Australia Strategic Partnership.

Significantly, the two sides held talks at the time when they are expected to sign an agreement for reciprocal access to military logistics facilities and pacts related to developing alternative supply chains during their first virtual summit on June 4.

India and Australia was to sign the agreement on the Mutual Logistics Support Agreement (MLSA), finalised at the “2+2” or combined dialogue of the foreign and defence secretaries in New Delhi last December. This was to be signed during Australian Prime Minister Scott Morrison’s visit in January, which was called off due to the Australian bushfires.

Notably India had signed similar logistics exchange agreements with the US, Singapore, France and South Korea between 2016 and 2019.