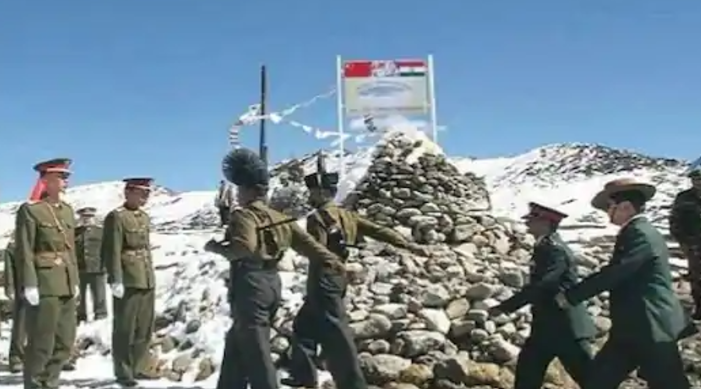 The meetings are the latest in a series of such consultations held in the last two weeks as India weighs its options to respond to the latest provocation by China at the border.

Singh was briefed by Army Chief General MM Naravane about the situation at the Line of Actual Control (LAC), the de-facto border between the two countries, two days ago after his return from Leh to take stock of the matter. It is learnt that Singh asked questions on troop deployment and expressed his full support for the Army's response to Chinese aggression.

Six rounds of talks between Indian and Chinese troops since the first border skirmish on May 5 have failed to de-escalate tensions as the two sides have maintained aggressive posturing in the disputed border areas.

Sources say China has put forward the condition that India stop building infrastructure even on its own side of the LAC, a condition that will remain unacceptable to New Delhi. India, on the other hand, has asked Beijing to maintain status quo at the border, sources said. But the Chinese have refused to back off from India territory.

The People Liberation Army’s main bone of contention has been the 255-km Darbuk-Shyok-DBO road that India last year built on its side of the border. It provides access to the Depsang area and Galwan Valley and ends near the Karakoram Pass. The infrastructure development has made it easier for patrols to operate and the frequency of patrolling can also be increased.

The series of meetings on Tuesday come a day before top Army commanders meet in Delhi for the three-day biannual army commanders’ conference.

"The apex level leadership of Indian Army will brainstorm on current emerging security and administrative challenges and chart the future course for Indian Army," said a statement released by the Army.

While army sources have said the conference will focus on logistics and human resources, there is little doubt the situation unfolding at the border with China is going to dominate discussions.

The conference was originally scheduled to be held from April 13-18, but was postponed due to the coronavirus pandemic. It will now be held in two phase. The first phase will be from May 27-29 and the second one in the last week of June, said Army Spokesperson Colonel Aman Anand.

Tensions had erupted earlier this month when around 250 Indian and Chinese army personnel clashed with iron rods and sticks and even resorted to stone-pelting in the Pangong Tso lake area in Ladakh in which soldiers on both sides sustained injuries.

In a separate incident, nearly 150 Indian and Chinese military personnel were engaged in a face-off near Naku La Pass in the Sikkim sector on May 9. At least 10 soldiers from both sides sustained injuries.

After the violent clashes, both India and China have pumped in additional troops, built fortifications and pitched tents at a few stretches along the LAC in three areas in eastern Ladakh. The Indian Army has also increased its presence in Uttarakhand after reports of Chinese troop build-up on their side of the LAC. UAVs have been deployed for intelligence gathering and surveillance.