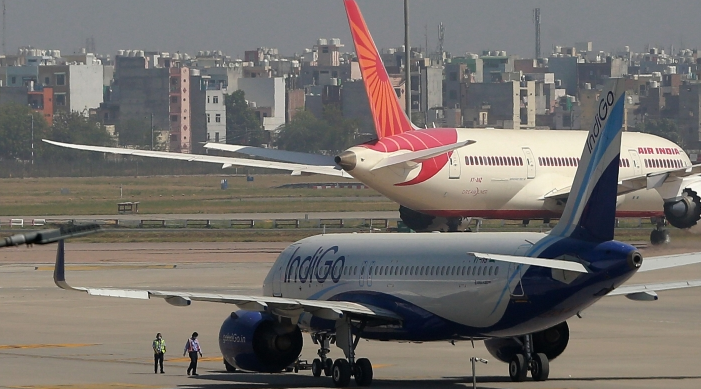 Over 300 Indian nationals, who were stuck in the US due to the coronavirus-induced global travel restrictions, have flown home on board the fourth special flight from New York under the Vande Bharat Mission.

The Air India flight from J F K International Airport to Bengaluru flew on May 25 and had 329 passengers, including two infants, according to officials.

The second phase of non-scheduled commercial flights of Air India from the US to various cities in India is underway from May 19 to May 29.

In the first phase, Air India operated non-scheduled commercial flights from the US to various Indian cities from May 9 to May 15.

Since the number of seats would be limited, passengers with compelling cases such as those facing medical emergencies or requiring return due to bereavement in the family, students, pregnant women, elderly or those facing expiry of visas will be given priority.

They are identified through an electronic random selection method.

The travellers will be required to undergo a medical screening before boarding the flight and only asymptomatic passengers will be allowed.

Passengers will be medically screened and would have to download the Arogya Setu app once they arrive in India.

The Indian government launched the ''Vande Bharat Mission'' on May 7 to bring back Indians stranded in various countries due to coronavirus-related restrictions.

Under Phase I of the mission, the government evacuated a total of 6,527 Indians from the Gulf region and from countries like the US, the UK, the Philippines, Bangladesh, Malaysia and the Maldives.