Dragon and Elephant can dance together: Chinese ambassador Sun Weidong 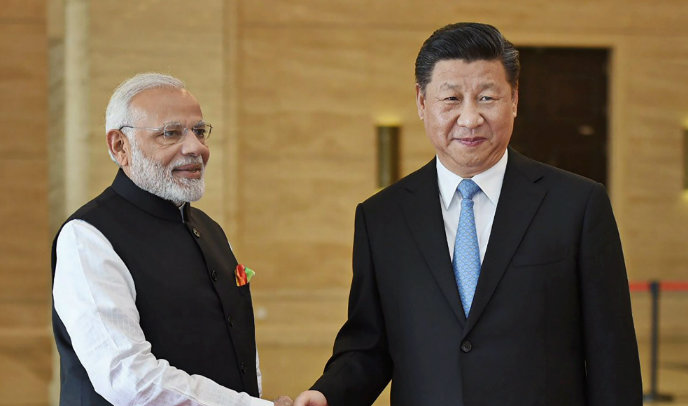 India and Chinese armies are locked in an eyeball-to-eyeball position on Line of Control for the past several days.

China and India are each other’s opportunities and not threats, said Chinese envoy to India Sun Weidong adding that “Dragon and Elephant can dance together.” His comments come amidst India China faceoff in Ladakh.

We should never let differences overshadow our relations. We should resolve differences through communication, he said.

“China and India are fighting together against #COVID19 & we have an important task to consolidate relations. Our youth should realise the relation between China & India, the 2 countries are opportunities for each other and pose no threat,” said the Chinese envoy.

Weidong's statement comes after Foreign Ministry spokesman Zhao Lijian today said that the situation at the border is “overall stable and controllable”. He further said both countries have proper mechanisms and communication channels in place to resolve disputes through dialogue and proper consultation.

Lijian also said that China has maintained a clear and consistent position on border-related matters.

Indian and Chinese troops are currently locked in an eyeball-to-eyeball face-off in Pangong Tso, Galwan Valley, Demchok and Daulat Beg Oldie and have significantly increased their presence in all sensitive areas in the region.

As per the ANI report, this is an indication that resolution between the nuclear-armed neighbours cannot be expected anytime soon.

Though efforts have been made from both sides to resolve the matter through talks, so far, it has not yielded any result. The situation in eastern Ladakh deteriorated after around 250 Chinese and Indian soldiers engaged in a violent confrontation on the evening of May 5. As per the initial reports, over 100 Indian and Chinese soldiers were injured in the violence.

The face-off in eastern Ladakh was followed by a similar incident in Pangong Tso, North Sikkim on May 9.

In 2017, India and China engaged in a confrontation at Doklam tri-junction and the engagement lasted for 73-days.