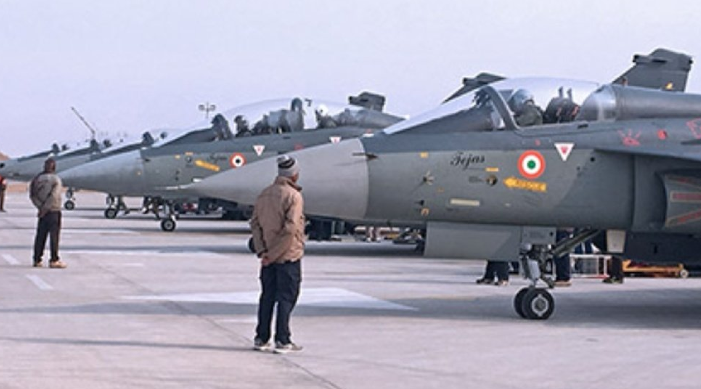 With the rise in presence of Chinese navy in the Indian Ocean Region, India has been developing its southern air base as the most modern base, equipped with necessary infrastructure

The Indian Air Force has operationalised the second squadron of home-grown Tejas fighter jet on Wednesday at Air Force Station Sulur, in the southern part of the country.

The first squadron of Tejas was formed in 2016.

Dubbed the Number 18 Squadron as Flying Bullets, the fully loaded Tejas fighters will fortify the nation's air power in the Indian Ocean Region, where China has been increasing its presence, with more warships and submarines.

At the programme held at Sulur, Air Chief Marshall RKS Bhadauria flew the single-seater Tejas fighter jet in what was the first major event for the IAF since the onset of the COVID-19 pandemic.

The Indian defence ministry relayed that the No.18 squadron was formed in 1965 and had participated in the 1971 war with Pakistan. The squadron was revived this year on 1 April at the Sulur base.

The manufacturer Hindustan Aeronautics Limited is expected to deliver the entire block of 16 fully-loaded Tejas to the IAF by September 2022.

Earlier this year, India had inducted BrahMos equipped Sukhoi at Thanjavaur in the southern state of Tamil Nadu.

While commissioning its first permanent squadron equipped with BrahMos-armed multirole Su-30MKI in the southern base, the Indian Air Force official had said in January 2020 that the Indian Ocean Region (IOR) has an important role to play in regional peace, security, and prosperity.

“The IAF, an intrinsically strategic force, is all set to extend its reach into the vast IOR," Air Marshal Amit Tiwari had said in a statement.

The IAF has developed Sulur Base as one of the most technically well-equipped air bases in the country. The fully-loaded Tejas squadron is the fifth squadron to be based at Sulur.

The development comes against the backdrop of an increased Chinese presence in the Indian Ocean Region, where the 690 naval personnel-strong 35th Task Force of the People’s Liberation Army Navy (PLAN) were deployed earlier this month to carry out anti-piracy patrols in the Indian Ocean.