Pakistan: An enigma for the Islamic world 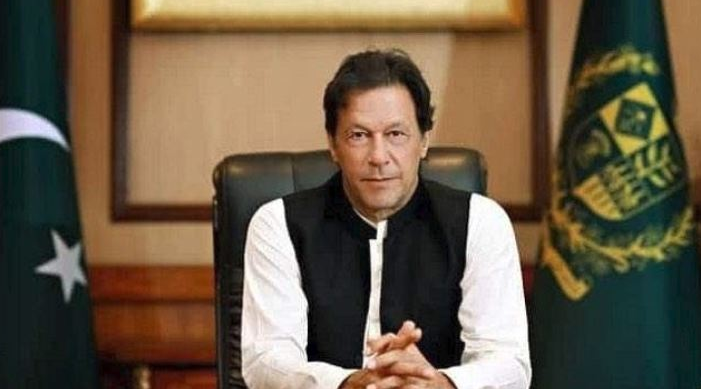 It is obvious that the concept of two-nation theory, the basis on which Pakistan was created, was fake and fragile

One wonders whether Pakistani leaders are conscious that the Muslim world in general, and the Arab world in particular, are unable to ascertain the locus standi of their country among the comity of Islamic nations. Their confusion stems from the fact that Pakistan was created as the homeland for the Muslims of India but India still, 73 years after the partition, retains more Muslims than Pakistan, indeed is the home to the second largest Muslim population in the world.

Their confusion is deepened by two more realities. First, Indian Muslims who opted for migration to the newly carved homeland for Muslims of the subcontinent viz. Pakistan treated the migrated Muslims discriminatingly and stonewalled all possibilities of integrating them into Pakistan’s mainstream, in which the Punjabis are predominant. Discriminating the muhajir (migrants) is a negation of the Islamic teaching of ukhawwat meaning Islamic brotherhood. The migrated Muslims are given the name ‘muhajir’ – an Arabic word meaning "migrant". The epithet has stuck to their names. The word denotes a status not equal to the indigenous people.

The second notable point is that the eastern wing of Pakistan then called East Pakistan viz. East Bengal, separated from Pakistan within twenty-four years of the creation of Pakistan. The separation took place because Pakistani Punjab outright rejected the democratically elected majority party to form the government in Islamabad as it came from East Bengal. This brings forth a couple of important inferences, like (a) Pakistan neither had faith in nor willingness to adopt democracy as the political arrangement for the country. (b) Pakistan discriminated against Muslims based on ethnicity, language, race and ways of life. In other words, religion proved a non-actor in the political chemistry of Pakistan, and (c) Punjab conveyed a clear message to all Pakistani nationalities that Pakistan state power, both civilian and military, would rest with Punjabis.

It is obvious that the concept of two-nation theory, the basis on which Pakistan was created, was fake and fragile. The Muslims whose religious passions were whipped up and exploited were done a great wrong by their leadership.

Thrown out of East Pakistan (now Bangladesh) and having sidelined the muhajir, Punjabi Pakistan turned towards non-Punjabi nationalities like the Pashtoon, Baluch, Sindhi, people of what it calls ‘Azad Kashmir’, Gilgit and Baltistan etc. to impose its hegemony and make them subservient entities who never enjoy the right to equality. This was another body blow to the much-touted Islamic teaching of fraternity.

And who is the ruling Punjabi elite? It is a mix of the landlords, top military brass, senior bureaucratic echelons and affluent business segment closely inter-connected by either common financial interests or by matrimonial alliances or just for the lust for power. Islamabad treated other provinces as vassals who must raise revenues and collect taxes to fill the coffers of the Punjabi controlled federal government. The government became something like a reserve bank for a privileged group. It was only natural that sooner or later oppressed nationalities would raise their voice against denial of rights and suppression of freedom. Baluchistan, angered by the general loot of its natural resources (Sui gas), did not hesitate to take up arms. Opposition parties were formed in all the suppressed provinces with a common objective of fighting the authoritarianism of the federal government in Islamabad. Their leaders openly demanded administrative, financial and political autonomy for their respective provinces.

Sindh was the first province to show signs of unrest even before a revolt for separation erupted in East Pakistan in 1971. The Pashtoon never gave up their demand of scrapping the Durand Line, the legacy of the colonial power that arbitrarily divided their compact and cohesive community into two by drawing an artificial line through the Pashtoon land. Likewise, the Baluch became the target of inhuman repression just because the brave and spirited people would not hesitate to take up arms to defend their land, people and rights, particularly when they knew how Pakistani army invaded and invested Baluchistan against the wishes of its people and the then ruler.

In this way, the Punjabi ethnic community forged not one but virtually all nationalities as its adversaries with whom it is in perennial acrimony and hostility.

Faced with opposition to their authority and the possibility that the oppressed nationalities could make common cause against their authority, Pakistan’s ruling elite began planning an antidote to the threatening situation. A double-pronged strategy was devised. The first and most important long-term policy decision was to make the Pakistani army the real fountainhead of power with unbounded authority to make or unmake civilian governments. The army enjoyed the right of establishing liaison with imperial and colonial powers as national policy. Gradually, the army developed a mechanism which made it financially less dependent on central funding. It became a state within a state.

The second long term policy decision, which came into force in the aftermath of the Bangladesh war, was to float political Islam as the state instrument of Pakistan. Establishment of hundreds of thousands of religious seminaries (madrasah) receiving logistic support from the state and given in the charge of fanatical Jamaat-i-Islami volunteers meant brainwashing future generations of Pakistanis into retrograde mindset and practices. This shifted the socio-political epicentre of Pakistan polity from cosmopolitanism to clerical exclusiveness. The evolution of another line of defence, now known as jihadist legions, was the ex-military organ which assumed great strength and power. This ensured that upcoming generations of Pakistanis were fed with the propaganda that the only option available to them was to fight against kufir (heresy) as ordained by the holy book. It fully served the interests of the ruling nexus.

This created a society wherein jihadist organizations received public applause and official support and also offered the roadmap of militarizing brainwashed youth including the fidayeen (suicide bombers). Jammu and Kashmir, Afghanistan and the Iranian Baluchistan became the immediate targets of the armed jihadist. The Saudi funding source of Al-Rabita helped the jihadis in other parts of Asia including the South Asian region to liaison with Pakistan-based terrorist organizations. Jihad leaders like Saeed Hafiz and Mas’ud Azhar began dictating terms to the governments of Pakistan.

Next, the extremist Islam of Pakistan thought of a bigger and more strategic role in the Islamic world. Saudi Arabia, a protégé of the US became something like a discredited entity in the eyes of the Wahhabized and Salafized Pakistani Ecclesiastes. Under pressure from these groups, the Pakistan government ignored its long time close relations with Saudi Arabia, began pandering to anti-Saudi elements within the Islamic fold. Lately, Islamabad made common cause with Turkey, Malaysia and Iran, three major non-Semitic Islamic countries. Under the pretext that Saudi monarchy was glued to a friendly relationship with the United States and presuming the US as number one enemy of Islam, these non-Semitic Islamic countries formed a nexus and began chartering their course away from the course and policy of the Organization of Islamic Cooperation (OIC).

Last year, the former Prime Minister of Malaysia Mahathir Muhammad took the initiative of inviting the heads of 53 Islamic countries to a meet in Kuala Lampur. The Saudi monarch declined to participate and warned other Arab countries not to participate as the agenda under way at Kuala Lampur meet was to discredit OIC. In other words, the anti-Semitic nexus wanted to snatch away the leadership of the Islamic world from the hands of the Saudi monarchy. Iran under diehard anti-Saudi and anti-America-Israel spell of hostility remained the odd man among the anti-Semitic clique.

Islamabad was an active member of the new nexus and in fact, Imran Khan had travelled to Malaysia for preliminary consultations with Mahathir. For Iran, any event that went against Saudi interests was welcome. However, the Kuala Lampur meet was destined to meet with disaster and failure. King Selman of Saudi summoned Imran Khan to Riyadh and sternly admonished him to desist from becoming a party to the conspirators against the Saudi kingdom. Imran Khan had no option but to succumb to the diktat of the monarch and declare its inability to participate in the meet.

This left Pakistan stranded and frustrated. She became suspicious in the eyes of the Arab world including the littoral stats of the Gulf, and the non-Semitic Islamic countries realized how fragile and directionless Pakistan was. Interestingly, Pakistan's ambivalent and indecisive position convinced the Gulf countries and other Arab countries that friendly relations with India and expansion of trade with a country with a large consumer segment were many times more beneficial than the mere Islamic bond brandished by Pakistan.

An analysis in retrospect reveals some interesting insights into this scenario. After the EU refused to accept Turkey’s demand of including her as a European country, President Erdogan began to dream of leading the Islamic countries and brought in the nostalgic Ottoman Empire saga into the current narrative. In the process, Turkey decided to come closer to Pakistan in the expectation of obtaining from the latter, overtly or covertly, the nuclear secrets. This wish of becoming a nuclear power had two motivations. One was to tell the western countries that they had made a mistake in estimating the strength and status of Turkey. Secondly, he wanted to confront the Saudi monarch from very firm standing.

As far as Mahathir of Malaysia was concerned, he had apprehensions that he would not be able to win the impending elections in his country. He, therefore, took a stand on the Islamic plank and tried to demonstrate that he was a staunch Islamic. His anti-India stance was only for domestic consumption. Likewise, the anti-India stance of Turkey is only to please Pakistan and keep her in good humour so that extracting secrets of nuclear technology could become a possibility.

This then is the general scenario in which Pakistan remains almost a lost Islamic State unable to earmark its position in the comity of Muslim countries. Escalation of an anti-India tirade by Pakistan in recent months is linked to the scenario we have exposed in this write-up. However, that part of the story will have to be dealt with separately.

The writer is the former Director of the Centre of Central Asian Studies, Kashmir University, Srinagar.